[Editor's Note: Below is an excerpt from an essay in News Evolution or Revolution: The Future of Print Journalism in the Digital Age, to be published in August by Peter Lang Publishing Group. Amy Reynolds and Andrea Miller, associate deans of the Manship School of Mass Communication at LSU, edited the book. It will be available through peterlang.com or at Amazon.com.] 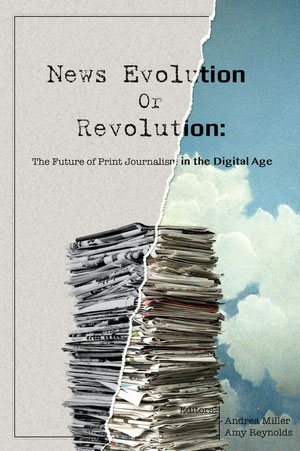 Although John Georges got national publicity by increasing The Advocate's presence in New Orleans, that wasn't the only place he expanded. His Acadiana Advocate competes with the Gannett-owned Daily Advertiser, based in Lafayette. The Acadiana expansion appeared to fulfill Georges' promise "that one day newspaper readers in south Louisiana could have three distinct papers with The Advocate's banner in New Orleans, Baton Rouge and Lafayette."

Before the expansion, Georges said, the Gannett paper had a circulation of about 20,000 and The Advocate had "fewer than 10,000" circulation in Acadiana.

Georges isn't worried about the soaring costs that come with new geography: reporters to cover the new territory, editors to handle their copy, designers to localize pages, pressmen to put on the revised pages, plus trucks and drivers and gasoline. He says with a smile that The Times-Picayune should thank him for hiring senior journalists away, thus saving Advance Publications, owner of The Times-Pic, money. "This thing has no financial burdens on it," he said of The Advocate. "This enterprise does not have to service any debt," one of the problems facing numerous newspaper companies. "I've got other businesses to fund this."

Georges also has no patience for those who point out that very few newspapers successfully have invaded neighboring cities, especially those that are 80 miles away (in the case of New Orleans) or 59 miles away (in the case of Lafayette) and have very different cultures. "It's not Chicago invading Boston," he scoffed when I challenged the strategy. "It's not even Philly going to New York." Georges maintained that Baton Rouge and New Orleans "would be one metropolitan area if they were in the Northeast. This is one big area."

In fact, newspapers have had a tough time breaking out beyond county lines. The Los Angeles Times is everyone's prime example, with huge investments that failed in Orange County, San Diego County and elsewhere. "Instead of being welcomed, its high-quality presence in Orange County, San Diego, the San Fernando Valley and beyond provoked an unanticipated reaction," Dennis McDougal wrote in Privileged Son, a biography of Times Mirror heir Otis Chandler. "Mediocre newspapers in outlying areas became markedly better just to keep up with the Times, yet managed to use their hometown advantage to keep the Times Mirror superpower at bay."

And this was in a time, unlike today, when newspapers were the heaviest of media heavyweights - and before the Internet allowed users to dial up any newspaper site in the world.

Peter Kovacs, editor of The Advocate, points out that the Orange County Register hadn't reduced its publication days by more than half when The Los Angeles Times invaded its turf. So, the Advocate/L.A. Times analogy isn't perfect. But many industry experts disagree with Kovacs and Georges about geographic expansion. (Georges wouldn't be surprised. He is tough on people who have been involved in the news industry. "Entrepreneurs like myself are well-suited to buy newspapers," he told the Baton Rouge Press Club. "When you've been running a monopoly, it's hard to compete with an entrepreneur like me.")

P. Anthony Ridder, former CEO of Knight Ridder, then the nation's second-largest newspaper publisher, has had multiple experiences trying to invade other cities. He calls the New Orleans initiative "a waste of money. It's money that will come out of their ability to strengthen Baton Rouge. I think it's a crazy idea."

Knight Ridder's Miami Herald also certainly had problems for decades, never winning tough battles in neighboring Broward and Palm Beach counties. Demonstrating just how much the industry has changed and just how much money all-out warfare will eat up, the Herald and its former arch-rival, the South Florida Sun-Sentinel, now distribute each other's newspaper in their home markets. (Full disclosure: I worked for the San Jose newspapers and Knight Ridder for 33 years.)

There are many such stories from other newspaper companies. In fact, yet another effort in Southern California failed this summer, when Aaron Kushner, publisher of the Orange County Register, gave up on publishing a daily in nearby Long Beach to compete with the entrenched, 90-year-old Press-Telegram.

Media analyst Ken Doctor wonders where the advertisers for the New Orleans edition of The Advocate will come from. "The ability to pull away Times-Picayune advertisers is just incredibly hard to do," he said. "You can be an insurgent. You can pick up more audience. [But] the power to get big advertisers is very, very hard to do." As a former journalist, Doctor said, "It's a great newspaper war for readers. It's just not going to move that needle. The Times-Picayune is still the paper of New Orleans." Doctor also wondered about the New Orleans market: "They're fighting over an amount of money that is in constant reduction. It's not a smart business move."

Jerry Ceppos is dean of the Manship School of Mass Communication at LSU. He is a former vice president for news at Knight Ridder and former executive editor of the San Jose Mercury News.