New details in the case against the man arrested for last week's bomb threat and bank robbery has surfaced, including a MidSouth Bank surveillance video showing the alleged suspect attempt an early-morning bank robbery.

New details in the case against the man arrested for last week's bomb threat and bank robbery has surfaced, including a MidSouth Bank surveillance video showing the alleged suspect attempt an early-morning bank robbery. 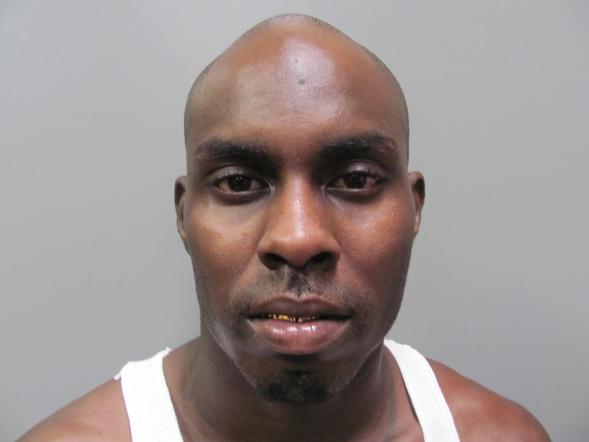 The 30-year-old Devin Haywood was arrested Monday evening in Scott, and on Tuesday was charged in federal court with one count of attempted bank robbery and another count of using a facility in interstate commerce for the purpose of willfully making a threat or maliciously conveying false information.

According to this report from The Daily Advertiser, Haywood was tied to last week's bomb threat with the discovery of a gym bag found on the roof of an elementary school near the MidSouth Bank he allegedly attempted to rob that morning. Inside the gym bag, detectives found a glove that was used to obtain Haywood's DNA.

The DNA taken from the glove matched a DNA sample taken from Haywood after he was arrested in Jefferson Parish in 2005 for another attempt at an armed bank robbery. Though he was sentenced for that arrest in 2006, Haywood was released on parole in May 2013 and was living in Lafayette Parish.

A police database image of Haywood also was used by detectives to compare surveillance footage captured last week near the elementary school and Wal-Mart showing a man believed to be Haywood driving a car similar to one registered in his name. Phone records obtained by detectives show that the cell phone used to call KATC TV3 on the morning of the bomb threat had been purchased at Wal-Mart the day before the incident.

Haywood also is believed to have been captured on surveillance footage from the parking lot of MidSouth Bank's Moss Street branch. The footage shows a bank employee arriving for work and suddenly rushing back to her car after being chased by a hooded man with a gun pointed in her direction. The employee drives off and the armed man is seen chasing on foot.

The MidSouth footage allegedly places Haywood at the scene from about 5:40 a.m. - shortly after he is believed to have called in the bomb threat to KATC - until 7:20 a.m. when the employees arrived.

Check out the surveillance footage below.