The investigation and potential prosecution of the man charged in the recent hit-and-run death of a Youngsville cyclist won't happen overnight, according to local law enforcement officials. 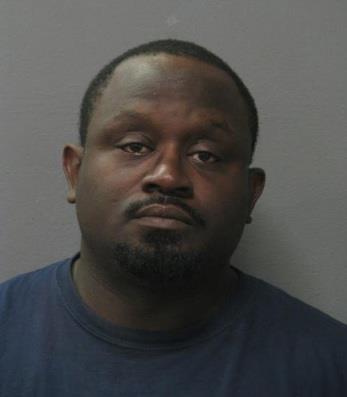 The investigation and potential prosecution of the man charged in the recent hit-and-run death of a Youngsville cyclist won't happen overnight, according to local law enforcement officials.

In this report from The Daily Advertiser, local officials say it could be anywhere from one to two years before the case against Fitzpatrick Doucette comes to a close.

The 42-year-old Doucette was arrested July 20 for an alleged hit-and-run that left cyclist Lon Lomas for dead in a ditch along La. 92 between Youngsville and Milton. Doucette was charged with negligent homicide, felony hit-and-run and driving under suspension. Doucette has since been released from jail after posting a $10,000 bond.

The case is being investigated by Louisiana State Police. According to Troop I spokesman Master Trooper Brooks David, the investigation could take up to another six weeks before being submitted to the 15th Judicial District Attorney's Office. And once the case arrives at the DA's office, another six months could pass before charges are filed.

As previously reported, Doucette drove to the Kaplan Police station on the day of Lomas' death and alerted officials that he'd just hit an unknown object while driving. That prompted a call to state police and the seizure of Doucette's 1997 Lincoln passenger car.

According to state police, Doucette continues to stand by his original claim of not knowing what he hit that day.

"Someone lost their life, and someone fled the scene," says David on the extended timeline of the state police investigation. "We have to put that scene back together."

Sixteenth Judicial Assistant District Attorney Bo Duhe, in an interview with the Advertiser, says this kind of timeline is the norm for "complicated and involved cases."

"We have to be satisfied that a reasonable juror could conclude beyond reasonable doubt that this is enough evidence to support the charges," says Duhe. "We have obligations not to charge with more than we'd believe a juror would find reasonable."