The recently concluded World Cup is awash in analogies.

Futbol to Football
The recently concluded World Cup is awash in analogies.

T.S. Eliot was wrong. April is not the cruelest month. In Louisiana, August is. Put aside, for the moment, the heat, the humidity, the possibility of hurricanes and consider only the calendar. What could be crueler than a time when a football season seems so close yet remains a long, long month away? 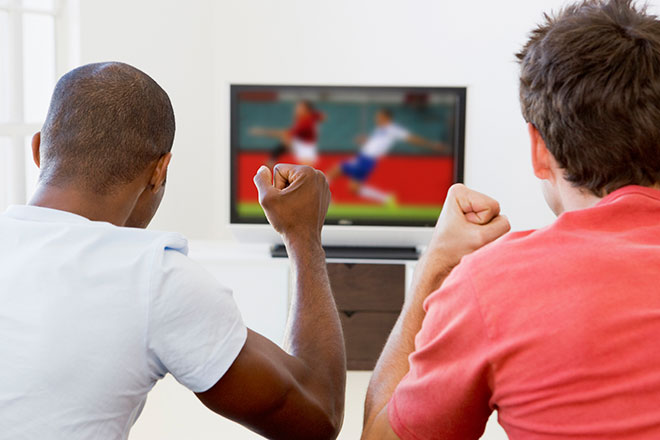 Of course, no group suffers more in August than football players who practice in jungle-like conditions (unless they're Saints and flee to a mountain retreat). But we fans have it bad, too. Driven by the false imminence of the coming season we troll message boards, peruse depth charts, analyze schedules and listen to talk radio shows as if they were reports from some battlefront. All this activity only makes time pass more slowly. Now add the heat, the humidity and maybe a hurricane. Eliot never visited Louisiana in August.

Fortunately, there is an antidote to the worst month of the year. Since football in some form will be with us from the week before Labor Day through the week before Valentine's Day, August is the perfect time to take a gridiron sabbatical. Of course it would be foolhardy to forego football now if you are not already sufficiently prepared for your favorite team's approaching season. You need to know what to expect from the Cajuns, Tigers and Saints and what players to watch closely. I believe I am ready for the season and for a football-free four weeks all thanks to the World Cup. Here's how I prepared:

Watch for Technique
Every player in the World Cup was a world-class athlete. What separated the best teams from the rest was technique. In soccer, technique was described by legendary coach Bill Shankly as "control and pass control and pass." Collect the ball and pass it accurately to a teammate. In football, technique would be blocking and tackling. Nothing predicts losses more accurately than missed blocks or missed tackles. UL and LSU have experienced offensive lines so they're both good there, though the hole Cajun Andre Huval left at center is huge. UL should benefit from veteran running backs Alonzo Harris and Elijah McGuire and have good pass protection in the backfield. For LSU, Leonard Fournette's early playing time will be a direct result of how quickly he learns to pass block. Blocking could be a problem for the Saints who allowed 37 sacks last year and need a more consistent ground game. All three teams boast solid tacklers at linebacker and in the defensive backfield. The Cajuns and Saints expect big things from their defensive lines. The Tigers defensive line is this season's big question. New names will have to emerge.

Consider Depth
When Neymar went down Brazil was done. When Suarez developed a sudden taste for Italian Chiellini Uruguay was done. No team should have been expected to replace two of the best players in the world but neither team's coach had a plan either. On the other hand Germany lost one of its best players before the World Cup and another during warm ups before the final and won it all. Both UL and LSU lost quarterbacks late in the year and found themselves with inexperienced backups. Developing depth behind Terrance Broadway will be a priority for the Cajuns. Meanwhile, LSU doesn't yet have an irreplaceable QB, another problem all together. The less thought about an injury to Drew Brees the better.

Tough Times Require Good Coaches
Germany coach Joachim Loew navigated around his injuries and the final brilliant goal that won the World Cup was a cross from one substitute to another. UL, LSU and the Saints all face tough early schedules and injuries are inevitable. Expect Hudspeth, Miles and Payton to face difficult times in September. How they respond could determine their seasons.

Luck is Part of the Game
A number of goals in the World Cup deflected off goalposts, crossbars, teammates or opponents. A pair of statisticians, after analyzing "tens of thousands" of games, determined soccer goals were 50 percent skill and 50 percent luck. Luck probably doesn't play that big a factor in football but it's there. The stat men concluded a single game can be won by skill or by luck but to win a championship you need both. There's nothing better than being lucky and good.

There's No Crying in Football
Unless you're Brazilian or an Alabama fan.

It's Better in Person
The World Cup was won by a cross into the penalty area where Mario Gotze earned free beer for life by receiving the ball off his chest onto his foot and rocketing it into the side netting. As spectacular as that instant was a television viewer missed the player movement and build up over the 27 seconds and seven passes that led to the goal. You had to be there. Football is the same. On the screen you miss the receiver breaking open, the blitzing safety and the downfield blocking. You have to be there. Tiger Stadium and the Superdome can be a hassle and if you take I-10 you may miss the first half. Cajun Field is more accessible. The first game, UL vs Southern, features two successful teams, two loyal fan bases and two terrific bands. Also, you can be a part of the largest crowd ever at Cajun Field. That would be the second-to-last day of August. It could be a month-saver.