He's been called the Internet's most celebrated lawyer, proposing a "Free Culture Movement" to protect free open source software, which he believes will lead to new forms of innovation and creativity. As a founding member of Creative Commons, he helped transform intellectual-property law. Now Lawrence Lessig has shifted his focus to an even bigger problem--the U.S.'s broken political system, specifically the corrupting influence of money in American politics--and will offer the keynote address at this year's Top 50 luncheon. 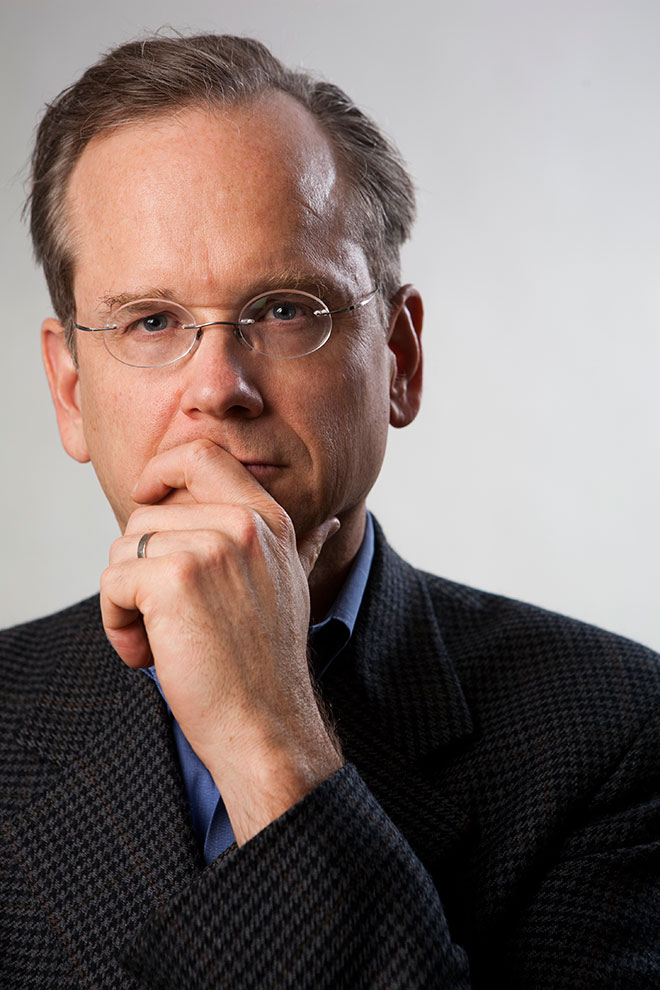 In May of this year, Lessig launched "a SuperPAC to end all SuperPACs" called The MayDay PAC project and astonished the political world by raising more than $7.6 million in a Kickstarter-type campaign in just over two months. He is the Roy L. Furman Professor of Law at Harvard Law School and director of the university's Edmond J. Safra Center for Ethics. As a professor at Stanford, he founded the school's Center for Internet and Society and also taught at the University of Chicago. He is a respected author, popular TED Talk presenter, and was named one of Scientific American's Top 50 Visionaries. Lessig holds a BA in economics and a BS in management from the University of Pennsylvania, an MA in philosophy from Cambridge, and a JD from Yale. He is also a former clerk for both 7th Circuit Court of Appeals Judge Richard Posner and U.S. Supreme Court Justice Antonin Scalia.

The Top 50 luncheon is produced annually by ABiz to honor the CEOs of the region's top 50 privately held businesses, as determined by reported gross revenues, and eight publicly traded, locally domiciled companies. Returning this year as the event's presenting co-sponsors are the law firm of Allen & Gooch and Whitney Bank. "We are so fortunate to live and work in a region that is so rich in local culture and entrepreneurial talent, and as one of the top commercial banks in the Gulf Coast region, Whitney Bank is excited to return as a co-sponsor for the Top 50 Luncheon," says Lafayette Market President Bill Hendrix. "Congratulations to this year's Top 50 recipients and a special thanks for helping make Acadiana one of the most recognized and revered business communities in the United States."

For Allen & Gooch, returning each year as a Top 50 co-sponsor creates an opportunity for the law firm to play a part in honoring the companies responsible for driving Acadiana's economy forward. "Getting an up close look at the leading businesses of this region gives us a better understanding of the kind of hard work, innovation and vision that fuels the economic vitality of Acadiana," says managing partner Clay Allen. "We at Allen & Gooch have had the privilege of working with many of these businesses over the years, and we congratulate those being honored among this year's Top 50 Acadiana Businesses, as well as their publicly traded counterparts."

The event will start at noon on Wednesday, Aug. 20, at the Cajundome Convention Center. Tickets are $50 per person or $495 for a reserved table for eight. Immediately following the luncheon, Barnes & Noble will host a book signing featuring Lessig, with copies of Republic Lost and The USA is Lesterland available for purchase. Free theatre-style seating will be available for the lecture only (not including the meal) but there is a limited supply and an RSVP is suggested. Lecture-only guests should arrive by 12:30.

For more information or to purchase tickets, contact Robin Hebert via email at [email protected] or by calling (337) 769-8603.