Stephen Meaux likes his kitchen, and hanging out with friends over a few drinks and a simmering pot. But then again, who doesn't?

A member of the inaugural graduating class of UL Lafayette's Moving Image Arts cinema program, Meaux is also a cooking show junkie, so intertwining his love of kitchens and cooking - one of the strongest binding agents in South Louisiana culture - with filmmaking was natural.

"I like watching chefs making different meals, describing the process and why they add each ingredient," he explains. "So one day I filmed myself making lunch. I actually just heated up leftovers from the night before. After I filmed that, I shot some extra visuals around my house. Then I recorded a voice-over of me describing each step in the process. Once all that was complete I added some Cajun music under it and had myself a three minute video. I got really good responses from the friends I showed it to, so I decided to film some more people cooking, mainly friends." 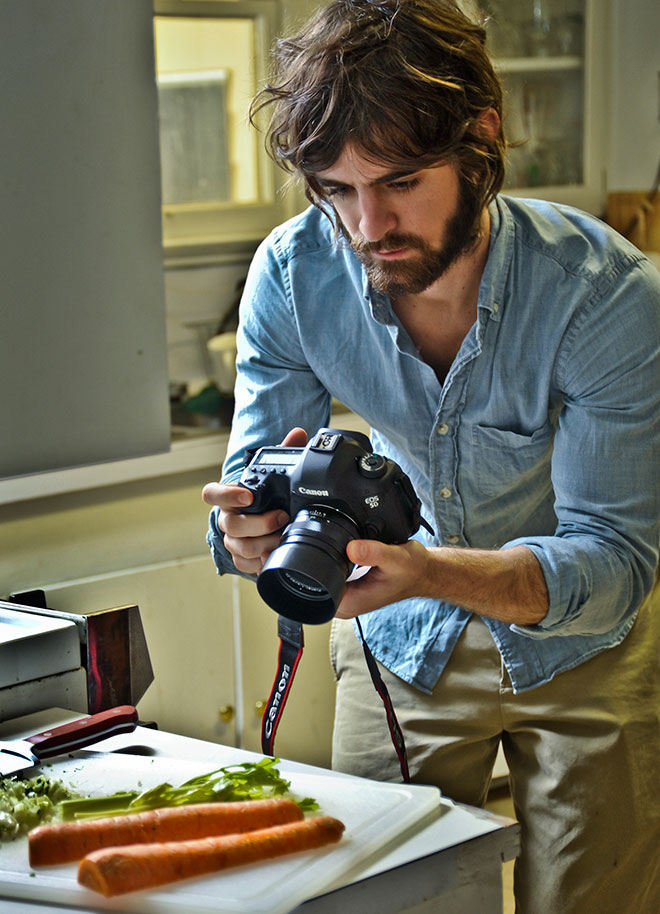 Dans Ma Cuisine is the result. Currently an eight-part series with more planned, Dans Ma Cuisine features short video documentaries of people in their kitchens cooking their favorite dishes. Although the emphasis is on Cajun food, everything from egg rolls to fried pickles gets the documentary treatment.

"The people I selected to feature in Dans Ma Cuisine are all my friends," Meaux says. "Most of them cook all the time and make really flavorful, hearty meals. I also got my grandma to make her okra gumbo that she makes every Christmas Eve for our family. She has been cooking it all her life and as she ages, it's getting increasingly difficult for her to make it. I really wanted to document her methods of cooking. Her episode is my favorite."

Dans Ma Cuisine shuns the cooking show boilerplate: never a chef in a studio kitchen facing the camera and explaining step by step how a dish is prepared. It's artfully shot and leans heavily on cinematic tropes, especially documentary cinema. The Cajun music in the background was written, performed and recorded by local musicians, too. While it currently stands at eight episodes, Meaux says he plans to expand it and incorporate other thematic devices. He began shooting it in December of last year and only very recently put a bow on the first batch of episodes.

"This season shows just my friends cooking but I think it would be really great to maybe show Cajun musicians cooking in their home," he says. "I'd love to watch Wayne Toups make a sauce piquant or Michael Doucet make a meatball stew, and I think many people would. Musicians, chefs, local celebrities, grandpas and grandmas cooking - the possibilities are endless."

Endless indeed. For Meaux, a hip young filmmaker with a soft spot for his grandma's okra gumbo, the series isn't just a celebration of Cajun kitchen culture - it's also a means to an end: "One thing I hope this series does is get more people to cook, regardless if it's Cajun, Italian, Chinese or any other food," the 26-year-old Kaplan native says. "I believe just being in the kitchen, spending time with friends, making something everyone will eat and hopefully enjoy is very comforting. You're constantly learning what works and what doesn't. If someone watches one of the episodes and is inspired to try to make an étouffée or a rice and gravy - that alone makes this series worth it."