Among the one-percenters nationally, Louisiana's fattest cat is a relative pauper. 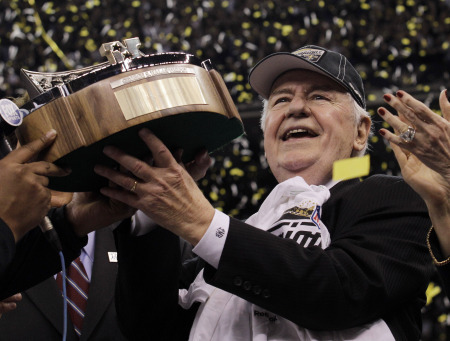 The real estate blog Movoto, borrowing data from Forbes and Celebrity Net Worth (jeez) has compiled a U.S. map identifying the wealthiest person in each state. A few of the names - Gates, Buffet, Walton, Koch (!) - are familiar to those of us who don't pour through the financial pages daily. And the top dog in Louisiana, Tom Benson and his $1.5 billion net worth, is well known to most Bayou State sports fans.

But among the one-percenters nationally, the owner of the New Orleans Saints and Pelicans (and a bunch of car dealerships in the metro Crescent City) is a relative pauper. Benson is 10th from the bottom, far below Bill Gates of Microsoft ($80 billion/Washington), stock jock Warren Buffet ($63.1 billion/Nebraska), Oracle founder Larry Ellison ($49.4 billion/California), the infamous Koch brothers (Charles, $41.4 billion/Kansas and David, $41.4 billion/New York; seriously, those weirdos have the exact same worth?) and Walmart scion Jim Walton ($35.7 billion/Arkansas).

And - for shame! - there are a few wealthiest-in-the-state individuals who aren't even billionaires! What is wrong with them?

To see the interactive map of the wealthiest residents in each state, click here.