If you told Emile Joseph he'd be sitting in Tiger Stadium waiting for his child to run from the end zone onto the field in Death Valley he imagined it would be a son playing football. Instead he has two daughters decked in the purple and gold.

Caroline Joseph is starting her junior year at LSU as her younger sister Maddy heads to Baton Rouge for her first year and both are on the LSU cheerleading squad. It's the first time sisters have cheered on the same squad that anyone can recall (if ever) and while both have cheered in Lafayette for years, it will be a first for them as well.

Both appear as excited about the endeavor as you would imagine two coeds to be. On the day the IND caught up with them, the duo was fresh off camp and still ready for the coming year despite the exhaustion.

"We practice four days a week for two hours and three days a week we workout as a team. Saturdays are all football and promotion and then it's basketball," Caroline, who is studying chemical engineering, says. "It's definitely a commitment. But, it's so much fun."

Their mother Tonya recalls the years the family went to Tiger games and sat in front of the cheerleaders fondly and it's clear the family is proud they both found their way to LSU. The girls agree.

"I love being involved at LSU and I feel I'm really a part of it," Caroline says. 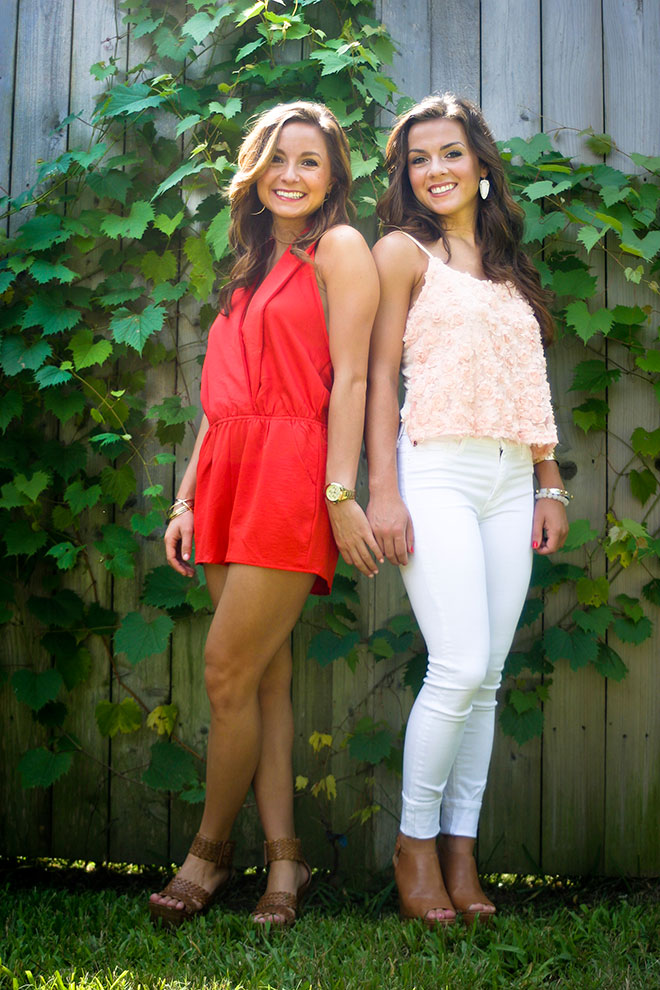