The ugly specter of pedophilia has returned to haunt the Catholic Diocese of Lafayette, yet on Sunday churchgoers seemed unfazed by allegations that a predator may still be lurking in its midst.

[Editor's Note: This story has been updated to reflect new information posted on the St. Edmond Catholic Church web site disputing a quote published in Monday's Daily Advertiser. The local paper responded with a correction in Tuesday's edition, saying its reporter misquoted the Rev. Gilbert Dutel during his homily this weekend in which he addressed resurrected sexual abuse allegations.]

The ugly specter of pedophilia has returned to haunt the Catholic Diocese of Lafayette, yet on Sunday churchgoers seemed unfazed by allegations that a predator may still be lurking in its midst. 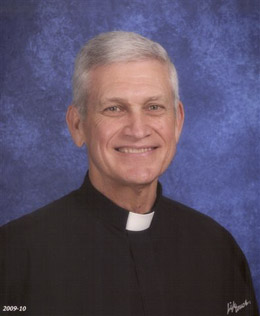 The new allegations came from a four-part investigative series by Minnesota Public Radio, which uncovered a recently unsealed federal lawsuit against the diocese. The court files include a victim statement given in 1992 against three priests from the diocese, one being the Rev. Gilbert Dutel of St. Edmond Catholic Church in Lafayette.

The relationship with Dutel, the victim claims, started when he was 9 or 10 years old and lasted for about six years, eventually including two more priests from the diocese, the Rev. David Primeaux and the Rev. Lane Fontenot.

After a week's worth of local media coverage, Dutel addressed the elephant in the room during Sunday's services, prompting a standing ovation from churchgoers, according to this report from The Daily Advertiser.

In his five-minute address, Dutel maintained his innocence, apologized to his congregation for having to "forfeit the time" to deal with the issue and then, surprisingly, according to the Advertiser's report, took aim at the source of the allegations, the unnamed victim who claimed "[Dutel] would just put his arms around me and he was, I guess, trying to be consoling, kind and gentle and then he just started playing with me and he unzipped my pants."

Most of Dutel's address focused on his congregation and his admiration for Bishop Michael Jarrell for his "willingness to stand" in his defense, adding it "hasn't been easy" and "You have the wellness of the entire church of Lafayette on your shoulders, Bishop."

To his congregation: "Thank you for the phone calls, text messages and emails you have sent me. I am humbled by the kind remarks. I ask for your continued support, and I love you."

But when it came to the victim, the Advertiser quotes Dutel as saying, "I deeply regret the embarrassment and the heartache this man has caused."

Following Monday's article, St. Edmond's Catholic Church posted a response on its web site with a link to the "exact text" of Dutel's statement given Sunday, which reads, "I regret deeply the embarassment and heart-ache that all of this may have caused."

As of Monday afternoon, the Advertiser had yet to respond to the validity of its quote of Dutel crediting "this man" with being the cause of "embarrasment" and "heartache."

exact text of Fr. Gil's statement given on the weekend of August 2nd and 3rd.  - See more at: http://www.st-edmond.org/#sthash.TdCWLvW7.dpuf

Either way, in calling the situation "embarrassing," Dutel, along with other church officials, is choosing to ignore the overwhelming evidence that the victim was arguably telling the truth about at least two of the three priests included in his claim.

While the diocese claims an investigation into the allegations against Dutel was conducted in the 90s, no record of it exists, except that it was handled by former Bishop Harry Flynn - who like his predecessor Gerard Frey, is now incurring heavy criticism for responding to pedophilia claims by transferring accused priests elsewhere. Recalling a conversation with Flynn back in the 80s, Abbeville attorney Anthony Fontana Jr., - who's represented a number of victims in claims against the diocese - says the bishop told him Dutel had undergone treatment for his pedophilia, was cured and would remain with the church due to a shortage of priests.

The diocese, however, says there are no records showing Dutel ever received such treatment.

While the church's record on Dutel is fuzzy, that's not the case for the other two priests included in the victim's claim.

According to the victim, the relationship with Dutel started to fizzle in his early teenage years, but it was followed by one last encounter on a sailboat with the Rev. David Primeaux and the Rev. Jean Paul Fontenot in which he was attacked by the two priests.

While Dutel has remained with the church, Primeaux and Fontenot experienced much different fates.

In 1983, a civil suit was filed against Fontenot, and the diocese responded with a transfer to Spokane, Wash. But it wouldn't end there, and in 1986 Fontenot was convicted of statutory rape.

And the story played out even worse for Primeaux, who left the church after a 1985 psychological evaluation in which he revealed molesting 15 children, starting in 1980 during his tenure at St. Benedict Catholic Church in Covington. In 2000, the diocese settled a lawsuit claiming molestation by Primeaux while at St. Joseph Catholic Church in Milton during the 80s. For Primeaux, who'd gone on to marry and become a college professor, his past would eventually come back to find him in December 2012, when he committed suicide after his wife was confronted by one of his victims. (Read more on this from our April cover story "The One Who Got Away."