An offspring of the legendary New Orleans venue, the co-op is offering a host of workshops for aspiring musicians of all ages. 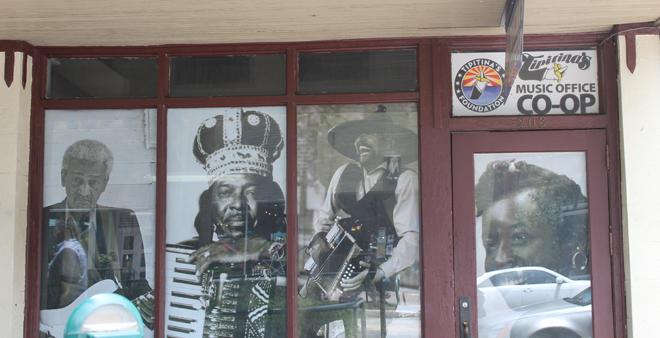 Tipitina's Foundation, the offspring of the legendary New Orleans venue, is offering a host of workshops for aspiring musicians of all ages - not to mention a Downtown Lafayette co-op with recording/rehearsal suites and other amenities.

The foundation resumes its Sunday Youth Music Workshops and Tipitina's Internship Program in August after expanding to Lafayette in fall 2013 and spring 2014, respectively.
"Each of these programs serve the ultimate mission of the foundation - supporting Louisiana and New Orleans' irreplaceable music community and preserving the state's unique musical cultures," explains Bethany Paulsen, the foundation's executive director.

In 2006, Sunday Youth Music Workshops were developed with the mission to foster the musical horizons of New Orleans youth.

"They have so much talent in the area that can be focused together," says Chris French, youth program coordinator for the Lafayette area.

The monthly workshops target middle- and high-school students, giving them the opportunity to act as a background band for local artists. Artist participants include Roddie Romero, Brother Dege, Vagabond Swing and Royal Teeth.

"Before Royal Teeth became a full-time career, I was employed at New Orleans Music Exchange," notes Joshua Wells, the band's bassist. "Tipitina's made several orders through the store for instruments they would purchase and give to the kids that were part of the program. The chance to create music and participate in band classes is huge for any child. It gives them a chance to make something their own and have a super unique and fun hobby that could potential turn into a career.

"The foundation is very special for giving young people a chance to be a part of something as special and as important as music," adds Wells.

Tipitina's Internship Program was developed in 2003 for high school students serious about studying and working  in music. The program's curriculum focuses on recording, instrumental performance. music theory and career professionalism. 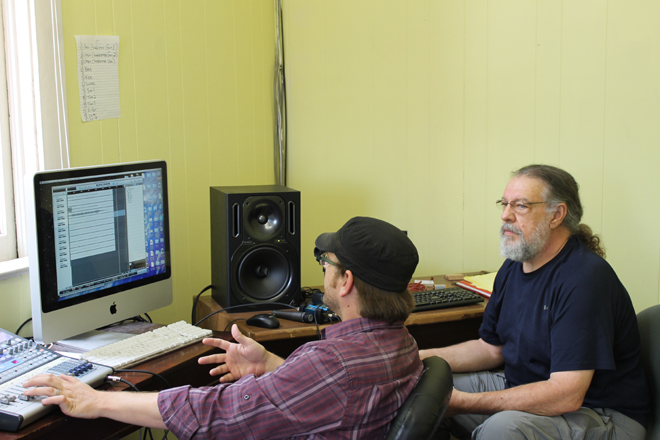 "The goal for the internship is to take this raw talent and mold them in a way to succeed in a professional environment," explains French.

The New Orleans program has produced more than 140 graduates, some of whom have gone on to attend the top music schools, such as Berklee College of Music and The Juilliard School.

"It's a place for artists and musicians to clock in, go to work and get away from the distractions," says Chad Fouquier, Lafayette's co-op manager.

One of those artists who was present was 23-year-old Josh Martin, or Smoov-Ras, a local songwriter and the 2014 winner of Valcour Records and Tipitina's Co-Op Lafayette's Song Contest. The competition's judging panel consisted of a music journalist, college radio personalities and musicians from across the U.S.

"Although this is not directly related to the foundation," Fouquier explains, "it is a great example of how the foundation makes these types of activities possible by funding and supporting the local co-op's and their activities."

Tip's Foundation will begin a series of workshops for working (and aspiring-to-be) musicians beginning Tuesday, Aug. 5 and held on consecutive Tuesdays in August. Done in concert with Louisiana Economic Development and the Recording Academy (the Grammy folks), the workshops fall under the rubric "Making Business of Your Band" and will cover, in order: Getting into Business, Making it Legal, Managing Revenue Streams and Taking it to Another Level. The workshops will begin at 6:30 p.m. at the co-op on Jefferson Street.

Tipitina's opened in 1977 with the foundation following in 1997. Its namesake comes from Henry Roeland Byrd's bluesy piano tune of the same name. Known by his sobriquet, Professor Longhair, Byrd became popular in the early days of rhythm and blues and the resurgence of traditional jazz. He died of a heart attack in 1980. A bust sits in Tipitina's to honor Byrd for his contributions to Louisiana music.

A pillar of New Orleans, Tipitina's has become a home to a legion of Louisiana artists. The foundation continues its mission of conserving the state's music and culture.
"We have seen numerous success stories come out of our New Orleans-based programs," says Paulsen. "We are looking forward to providing these same opportunities for success in Lafayette."

For details on workshops offered through the Tipitina's Foundation in Lafayette, or to find out how to become a member, contact Chad Fouquier at [email protected] or call (337) 322-4726.