Supporters of Superintendent Pat Cooper have confirmed that if the school board continues to pursue its probe of the super, a lawsuit will be filed.

Supporters of Superintendent Pat Cooper have confirmed an IND report posted this morning (Tuesday) that if the Lafayette Parish School Board continues to pursue its investigation of the superintendent, a federal lawsuit will be filed. 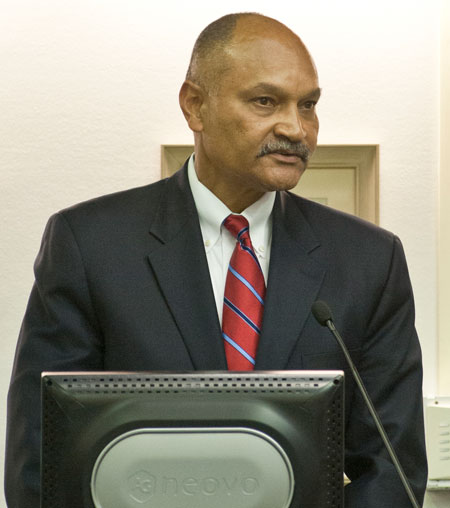 A federal lawsuit prepared on behalf of long-time school system advocate and Cajundome Director Greg Davis could be filed in the coming weeks if the board continues with its investigation of Superintendent Pat Cooper.

The confirmation came Tuesday afternoon in a release sent to board President Hunter Beasley, the board's legal counsel Bob Hammonds, the superintendent and local media.

The press release includes a letter addressed to Beasley, Hammonds and Cooper, as well as a copy of the lawsuit, which was prepared by local attorney Gary McGoffin (who's also legal counsel for The IND) at the request of Cajundome Director and longtime school system advocate Greg Davis.

The reason for the potential lawsuit, according to the letter, centers on:

The current dysfunction of the School Board and certain of its members manifest around two specific issues: the investigation' of the Superintendent and the current budget impasse. Both are grounded in a common source with the end result impacting our faculty, the administration and our entire student population with a disproportionate negative impact on our most vulnerable student populations namely the minority and economically disadvantaged. This gives rise to both federal due process and civil rights claims ...

The remedies sought are the disqualification of two School Board members from any termination adjudication based upon their documented bias toward the Superintendent; and, the roll forward of [50 percent] of the 2013-2014 LPSS budget for the current fiscal year. These claims can be readily resolved without the necessity of litigation on the following basis.

First, the detailed factual allegations and relevant federal jurisprudence in the Complaint ... demonstrate a strong likelihood of success in obtaining the disqualification of both defendant School Board members. Should either be disqualified due to their demonstrated bias, recent voting history would indicate that the requisite six votes necessary to terminate the Superintendent's contract could not be reached. In light of that fact and the lack of any specific publicly voiced complaints by the six Board Members who authorized the investigation,' that investigation should be immediately terminated to avoid further expense and disruption.

The letter then addresses the budget issue, citing La. Revised Statute 39:1312, which allows public bodies to use up to 50 percent of the funds allocated in a previous years budget until a new budget can be passed:

Second, LRS 39:1312 should be invoked to eliminate the budget chaos plaguing the opening of our schools on August 12.

The Lafayette Parish School System's fiscal year terminated on June 30, 2014. Invocation of LRS 39:1312 could have avoided the disruption of the lives of the students and employees of the school system and the embarrassment of our entire community. Doing so now, will relieve the immediate impasse and allow the school system to conclude staffing and preparations to open the 2014-2015 school year on August 12.

The lawsuit names Tehmi Chassion and Mark Allen Babineaux as the two school board members with a well-documented history of bias against the superintendent.

The lawsuit also cites a similar case involving the Rapides Parish School Board and its attempt to oust a former superintendent, resulting in a 1997 ruling from the U.S. Fifth Circuit Court of Appeals that the termination was fueled by bias among several board members. (Read more on that story here.)

A brief history of Cooper's predecessors also is included in the suit, showing a 2007 decision by the board - which consisted of many of the same members who are now lined up against Cooper - to buy out former Superintendent James Easton's contract for $280,000.

The lawsuit includes Easton's final statement before ending his superintendency:

I want to say that I respect the board's right to choose its own superintendent. I don't want anyone to think that I am angry, or sad, or hurt by this situation. I understand politics. I have been around for a while, and I have seen politics played out in many arenas and, frankly, with much more skill than what I have observed in the last six months.

I do believe that this is a bad expenditure [the $280,000.00 buyout]. Obviously I am familiar with this system's financial status and we cannot afford to spend this money in this manner. When I signed my contract, I had every intention of fulfilling it. I do not make promises that I don't keep. I'm not hankering to leave this system; I don't intend to break my contract with this board. I would never turn my back on the boys and girls of this community. It is the board's decision to make this expenditure. It is the board's decision that I stop doing the work I promised to do. It's not the decision I would make, and I don't think it is the decision that the majority of this community would make, either.

I have come to care very much for Lafayette in my six years here. It has been difficult to watch the damage done over the past six months. I sincerely hope that this Board's inexperience does not cost this system any more money, respect or support in the community. Much ground has been covered, and I would hate for any more to be lost.

For Babineaux, Easton's departure allowed for the in-house hire of the retiring deputy superintendent, Burnell Lemoine. During Lemoine's tenure, Babineaux proved a steadfast supporter, calling Lemoine's administrative staff a "Dream Team," one that would eventually be cleared out with the 2012 arrival of Cooper, who quickly found himself at the helm of a school system plagued by graft and favoritism. 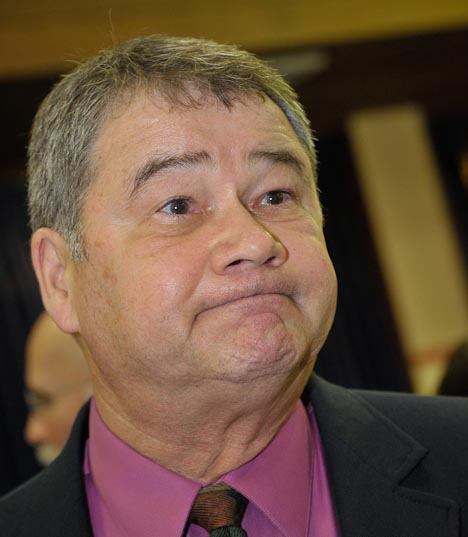 The lawsuit traces Babineaux's bias against Cooper as far back as 2011, right before his employment with the school system. According to the suit, Babineaux, who at the time was serving as board president:

Babineaux's next grievance, according to the suit, came in April 2013 when Cooper raised an issue over a contract signed during his tenure as board president that tied the school system for the next three years to a 3.3 percent revenue share with a private company on any school system taxes passed in the parish.

Then, in November 2013, Cooper filed a complaint against Babineaux - an attorney by trade - with the Louisiana Office of Disciplinary Counsel (a sort of judge and jury for Louisiana's attorneys) for publicly divulging confidential information from an executive session.

The suit also points to Babineaux's recent budget recommendations - several of which called for breaking federal and state laws by defunding programs like the alternative school at N.P. Moss - as well as his repeated comments that Cooper's Turnaround Plan is dismantling all that was achieved by the previous administration.

And for Chassion, who was originally a supporter of Cooper and the Turnaround Plan, the lawsuit traces the origin of his fight with the superintendent back to March 2012:

The suit also cites an ethics complaint Cooper filed against Chassion, as well as Chassion's Feb. 5, 2014, call to police claiming he'd been physically accosted by the superintendent during a closed-door executive session. No charges were filed, and the city prosecutor's office recently came out saying it would not prosecute because of conflicting witness statements. 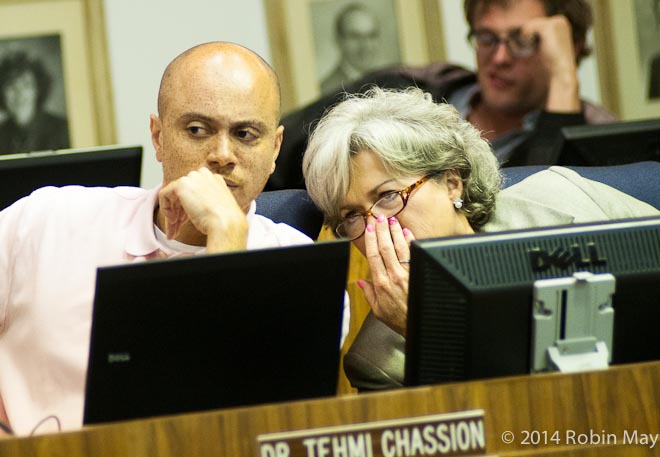 Cooper's recent evaluation scores are also cited in the lawsuit, namely the 23 zeroes out of 28 categories dolled out by Chassion in his assessment of the superintendent:

According to McGoffin, the ball is now in the school board's court, and they'll have about one week to call off the investigation of Cooper and invoke state law to temporarily use last year's budget.

If the board doesn't act, the suit will be filed in federal court calling for a permanent injunction against the board, which likely will be preceded by a preliminary injunction hearing in the next few weeks, meaning the introduction of evidence, live witnesses and a chance for Cooper's supporters to lay out the numerous reasons the school system is being sabotaged by board members like Chassion and Babineaux.