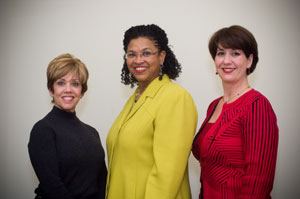 Despite that it was thriving in the Lafayette market, mainly because of its position as a cable monopoly, Cox Communications was falling short in the very service it markets: communication.

After Cox bought incumbent cable provider TeleCable Associates in 1999, it seemed everyone but Cox knew they had customer service problems. Constant rate increases often fueled the complaints, but the relatively flat pricing over the past couple of years hasn't counteracted the community's distaste for its sole cable provider.

Now, for the first time, Cox is acknowledging it has serious customer service issues in Lafayette. Jacqui Vines, regional vice president and general manager of Cox's Baton Rouge and Acadiana markets, is promising to address the deficiencies. As a result of Cox's deal late last year to unload some of its cable systems (including those in the Lake Charles market and central and north Louisiana), Vines now has the dual responsibilities, locally replacing 27-year Cox veteran Gary Cassard, who retired at the end of 2005.

But that's precisely what Vines has done in Baton Rouge. The Connecticut native worked for Cox in New Orleans (alongside then Cox-exec Ray Nagin) from 1992 to 1995 as director of human resources before a transfer sent her to San Diego, where as HR director she was responsible for more than 2,100 employees and upwards of 1 million customers. She returned to Louisiana in early 2000 as general manager in Baton Rouge after Cox bought TCI of Louisiana, and she's become a prominent figure in the capital city community.

In 2003, Baton Rouge Business Report and Junior Achievement named her Business Person of the Year, the first woman ever to earn the accolade ' in part because of Cox's $4.5 million donation of cable and in-kind services to LSU to build a new student athlete center. She also was recognized for her business prowess and tough negotiating skills in a real estate venture for Cox's new headquarters in the Bon Carre business center on Florida Boulevard. The publication surmised the center would have ended up "road kill" had it not been for Vines' negotiating skills.

"I think they're going to put a lot of emphasis on that kind of presence [in Acadiana]," Creeden says.

Vines is splitting her time between Lafayette and Baton Rouge and is looking for a second home here. Completing a trio of new Acadiana Cox faces is Karmen Blanco, daughter of Gov. Kathleen Blanco, who serves as public affairs manager; and her Baton Rouge-based boss, Sharon Kleinpeter, vice president of governmental and public affairs.

Vines' first order of business was to give Cox's 250 Acadiana employees free cable and Internet services (they pay a discounted price for phone), so that they understand the products in order to sell and promote them. She's also been organizing "gumbo gabs" with employees, giving them a platform to help her understand what Cox's 126,000 Acadiana customers are looking for.

Still one of the nation's five largest cable providers, Atlanta-based Cox has more flexibility going forward because it is no longer a public company, Vines says. In 2004 Cox Enterprises acquired the outstanding publicly held shares of Cox Communications for about $8 billion and took the cable provider private. "A lot of that was having to live up to Wall Street and not being able to do what we wanted to do," she says.

Vines says Cox is studying whether it can eliminate local option service charges on its phone product, meaning calls out of the city limits to places like Opelousas would be free, and plans this year to launch entertainment on demand, whereby subscribers could choose from hundreds of movies and start them at their convenience.

Vines maintains Cox's customer service has scored high marks in other markets and believes its poor performance in Acadiana invited competition from LUS. "We don't have government competing with Cox in other markets," she says. But she's not afraid of the competition. "I don't see this as being that different. Being another competitor is what we're all about."

Cox is offering its "Clear Choice" triple play ' cable, Internet and phone ' for $89.95 for new subscribers and expanded basic cable customers. The deal is available only in Baton Rouge, where it competes against Eatel's triple play, and Acadiana, where the threat of LUS looms.

City-Parish President Joey Durel, LUS' biggest proponent, believes Cox is making big strides in this market. "Cox told us many months ago they were going to quit fighting the people of Lafayette and become good competitors. So far, they have lived up to their word," he says. "I am happy to see that they have enough confidence in their people that they don't have to continue to hide behind the robes of the court system," he adds, referring to incumbent provider BellSouth, which has fought LUS' efforts in court.

"We're going to be leading edge technology, and we're going to help this community grow," Vines says of Cox, which is investing $10 million in a new Lafayette headquarters on Eraste Landry Road near Ambassador Caffery Parkway. The 45,000-square-foot facility, which gets under way at the end of March, will create 85 new jobs.

"I want to do what we do best," Vines maintains, "but unfortunately [Acadiana] doesn't know what that is yet."