In January, as the date of Christopher Sepulvado's execution approached, the Louisiana Department of Corrections did not have the drugs it needed to carry out his death sentence. 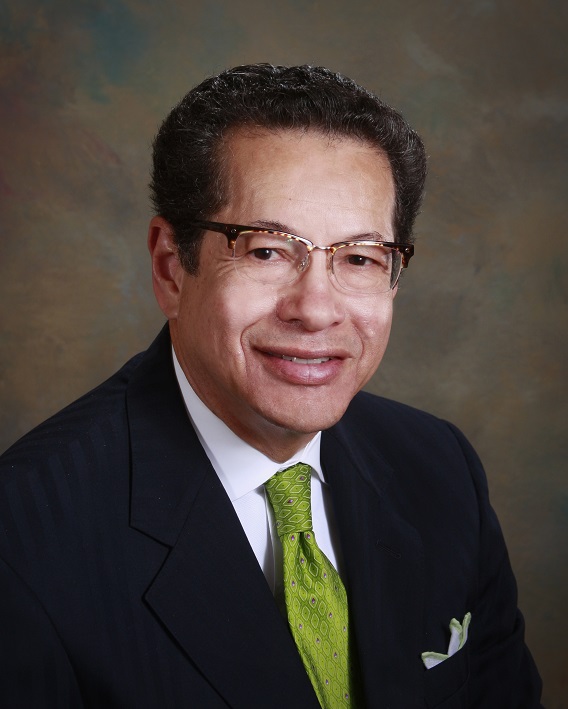 In January, as the date of Christopher Sepulvado's execution approached, the Louisiana Department of Corrections did not have the drugs it needed to carry out his death sentence.

So the state turned to a supplier that uses hydromorphone to relieve patients' suffering, not to kill them: Lake Charles Memorial Hospital.

"We assumed the drug was for one of their patients, so we sent it. We did not realize what the focus was," said Ulysses Gene Thibodeaux, a board member for the private, nonprofit hospital and chief judge of the Third Circuit Court of Appeal.

"Had we known of the real use," he said, "we never would have done it."

The Department of Corrections bought 20 vials of the drug on Jan. 28, a week before Sepulvado's scheduled execution, according to a document provided by the state in a lawsuit challenging its lethal-injection practice.

Until now, the source of those vials has not been publicly known.

Thibodeaux said it's routine for hospital pharmacies to supply drugs to other pharmacies, including those run by the state, for their patients.

"We never inquire into the purpose for it. We assume it's for legitimate and noble purposes," Thibodeaux said. "We have assurances from our CEO, who is a very forthright guy, that this will not happen again."

State officials with the Louisiana Department of Corrections did not respond to repeated requests to comment for this story. Sepulvado's lawyers declined to comment.

Sepulvado wasn't executed on Feb. 5. After a botched execution in Oklahoma, the state agreed to delay his execution for six months as it considered alternative methods. A status conference on his lawsuit has been set for November.

Drugs expired as execution was delayed
Sepulvado was convicted in 1993 for killing his six-year-old stepson by beating him with a screwdriver and submerging his body in scalding water. Over the years, his attorneys have delayed his execution by arguing that the state's death penalty practices could violate his constitutional protection against cruel and unusual punishment. 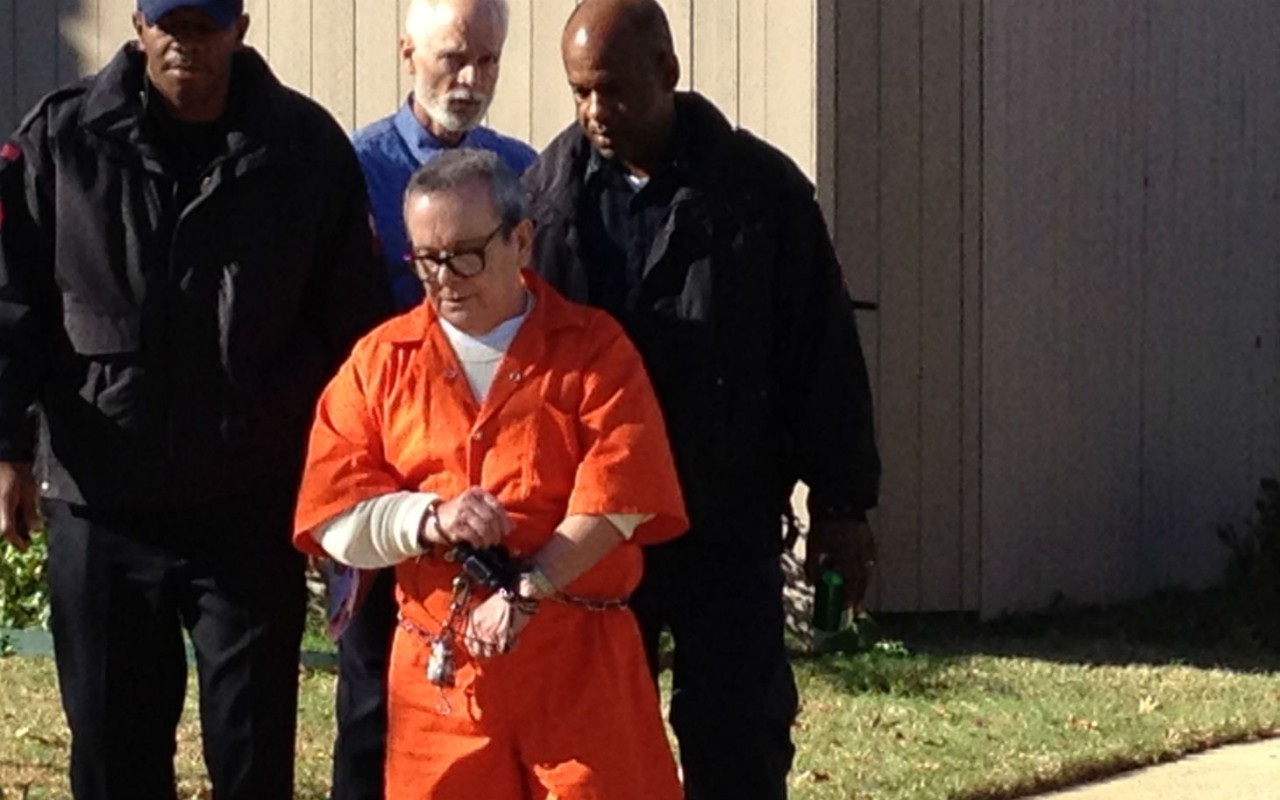 After several delays, his execution was rescheduled for early February. Three weeks before the state was supposed to carry out his death sentence, it didn't have the drug it needed. Its supply of pentobarbital had expired in September.

Throughout the fall, the state had scrambled to procure lethal injection drugs. Other states were having trouble finding them, too, after drug manufacturers refused to sell to prisons and current supplies started to expire.

At one point, the Louisiana Department of Corrections considered ordering pentobarbital from an Oklahoma compounding pharmacy - which would have been illegal because the pharmacy wasn't licensed in Louisiana.

Then, nine days before Sepulvado's Feb. 5 execution date, the state announced it had approved another method to put him to death. The new combination was hydromorphone and midazolam, the same drugs that had just been used in the prolonged execution of Ohio inmate Dennis McGuire.

Drug obtained days before scheduled execution
There was one problem with the alternate method: The state Department of Corrections apparently didn't have hydromorphone, either. However, it did have midazolam, a sedative commonly in stock at pharmacies.

A few days later - five days before the execution - Department of Corrections spokeswoman Pam Laborde said the agency had the two drugs it needed to kill Sepulvado.

The department wouldn't say where they came from. A federal judge ordered it to reveal the supplier to Sepulvado's lawyers, but the department requested the information remain under seal.

Now, two people - Thibodeaux and a source that refused to be identified - say the state got its hydromorphone from Lake Charles Memorial Hospital. The Lens also reviewed a document that confirmed the source of the drug.

According to documents shared with Sepulvado's lawyers, the drugs were sent to Elayn Hunt Correctional Center's Medical Unit, which the state describes the site as a "medical facility for seriously or chronically ill offenders."

Properly permitted hospital pharmacies like the one at Lake Charles Memorial can legally supply medications to other pharmacies, as long as the drugs are for a hospital patient, according to Malcolm Broussard, executive director of the Louisiana Board of Pharmacy.

The supplying pharmacy wouldn't need a prescription for that particular patient. Those rules apply even to highly regulated drugs such as hydromorphone, he said.

Broussard said he didn't know enough about this particular transaction to comment on it.

Richard Dieter, executive director of the Death Penalty Information Center, said he wasn't aware of a hospital supplying a lethal-injection drug. But it isn't surprising, he said, because hydromorphone is "more commonly used and would be available unlike some lethal injection drugs."

Nationwide, drug suppliers concealed as drugs become hard to find
Around the country, states have moved to conceal the sources of their execution drugs.

"The stakes are higher because the drug supplier is more vulnerable," Denno said, pointing to several lengthy executions this year in Ohio, Oklahoma and Arizona.

"They're being secretive because they know they couldn't carry out executions otherwise," she said. "Look at the botches in 2014 alone."

Louisiana's tactics have changed in the past year and a half.

In 2013, the state identified the source of its execution drug, but refused to say when it expired.

State officials told The Lens repeatedly that there were no records showing the expiration date of its pentobarbital. Documents later made public showed that wasn't true; the state apparently violated open records law by withholding the information.

Since then, the state has disclosed expiration dates but has argued that the source of the drugs is confidential. A state law says that the identities of people involved in executions cannot be publicized; the state Department of Corrections has argued that the law extends to drug manufacturers and suppliers.

That's why the state redacted the supplier of the hydromorphone in documents shared with Sepulvado's lawyers.

Oddly, however, the state didn't redact the name of the pharmacist at Lake Charles Memorial who handled the order.

Should the hospital have known what the drug was for?
Denno said some states have resorted to unorthodox tactics as lethal injection drugs become harder to obtain. But she's never heard of a state getting its drug from a hospital.

"There's so much secrecy involved in all of this that it's really hard to tell where the drugs are coming from," Denno said.

She said Lake Charles Memorial Hospital should have known the state prison was looking for hydromorphone to carry out an execution.

If suppliers like the hospital don't want to be involved in executions, she said, they could require a contract when selling drugs that could be used in the death penalty. That contract would specifically prohibit the drug's use in executions.

That's what drug manufacturers such as Hospira and Lundbeck have done, which sparked the shortage of lethal-injection drugs.

"It's a slippery slope for a hospital to be the supplier," Denno said. "They are enabling execution, no matter which way you slice it."

**About Della Hasselle
**Della Hasselle, a freelance journalist and producer, reports on charter schools and writes occasional criminal justice stories for The Lens. A graduate of Benjamin Franklin High School and the New Orleans Center for Creative Arts, Hasselle lived in New York for 10 years. While up north, she produced and anchored news segments, wrote feature stories and reported breaking news for DNAinfo.com, a hyperlocal news site. Before that, she worked at the New York Daily News. She obtained her master's degree from the Columbia University Graduate School of Journalism. She can be reached at (917) 304-6121.