Gov. Bobby Jindal was in Iowa again over the weekend, this time with a message of how big a Christian he is.

Gov. Bobby Jindal was in Iowa again over the weekend, this time with a message of how big a Christian he is.

According to this report from the Des Moines Register, here's how Jindal opened his speech Saturday: "Our God's an awesome god. Amen." 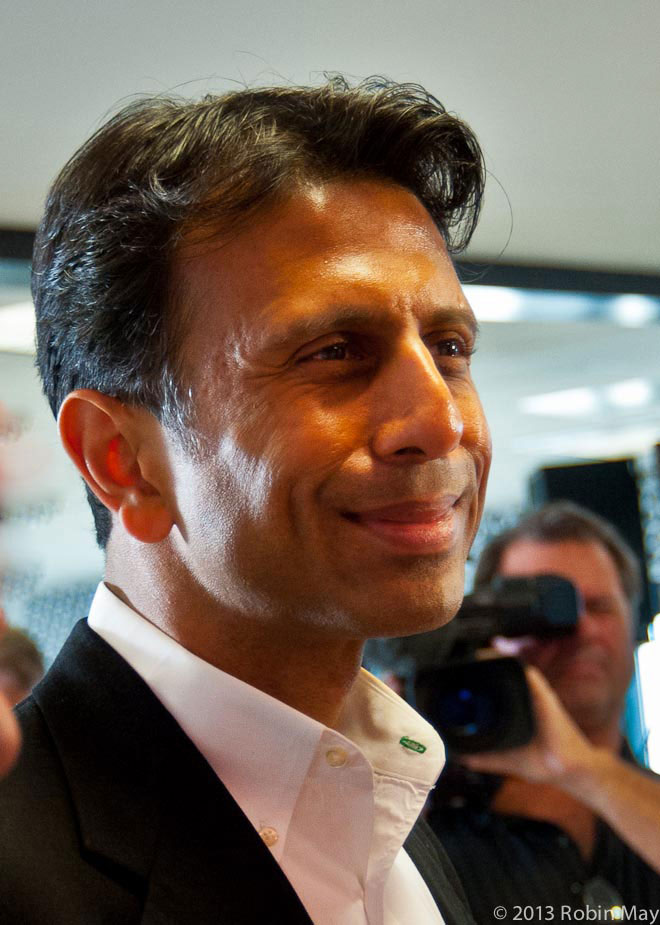 And for the next 30 minutes, the governor detailed his path to Christianity from Hinduism during a special event of the Iowa Renewal Project, which also featured former Arkansas Gov. Mike Huckabee, saying the most important moment of his life was the "moment that I found Jesus Christ," and how he would lie to his parents about going to parties as a cover for attending Christian church services.

"I just hope by doing that, it can plant a seed - if somebody hears that and it changes their approach to their faith and encourages them to share their faith with somebody else, that to me is an incredible thing," says Jindal in a follow-up interview with the Des Moines Register, commenting on his message Saturday.

Jindal also addressed his presidential ambitions, saying he's undecided, though this weekend's trip did mark his third to the presidential proving grounds within the last year, and 11th since he's been governor.

The governor then expressed his hopes that his children will have more opportunities than he did, saying "they can be in the middle class, as well, and they don't need the government to pay for everything for them."

Yet, despite all the hard work from Jindal, it was Mike Huckabee who ended up stealing the show Saturday.

"Oh, nobody compares to Mike Huckabee," audience member Jamie Johnson tells the Register. "Huckabee's likability is through the roof."