For Ragin' Cajun football fans, the game day experience at Cajun Field this fall will be like never before following the completion of a number of off-season stadium upgrades.

For Ragin' Cajun football fans, the game day experience at Cajun Field this fall will be like never before following the completion of a number of off-season stadium upgrades. 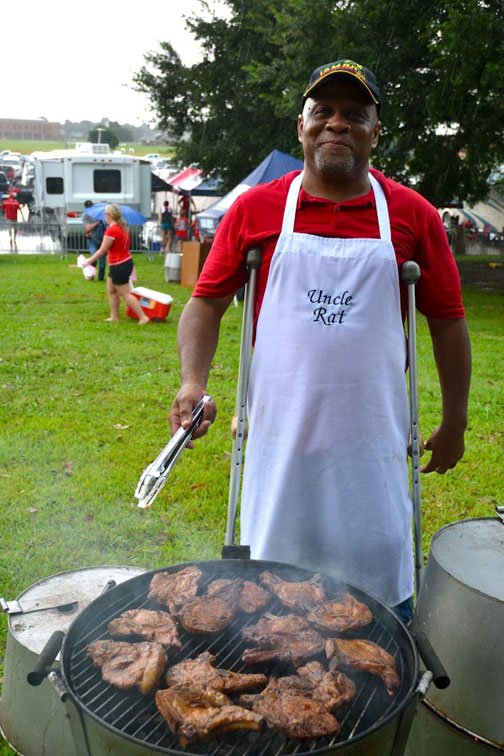 In an interview Monday with ESPN 1420 AM, UL's Associate Athletic Director John Dugas detailed the various changes to the stadium, starting with addition of 6,000 new seats in the south end zone. That brings Cajun Field's capacity to 37,000 seats, and is one of two phases, with the second aimed at the north end zone and an increase to 42,000 seats.

The stadium also has a new vision board in the north end zone. The 30x54 foot HD video board is the result of a partnership between the university and Daktronics, according to Dugas.

New rest rooms and a concession stand with 16 points-of-sale have also been added to the south end zone area.

Fans will also notice a relocation of both the band and student sections, with the band now situated in the southeast corner of Cajun Field, and the students shifted a few sections south of its old location.

"By angling the band in that corner, fans throughout the stadium will be able to hear the band," Dugas tells ESPN. "In the past, those on the east side were pretty much out of luck. Not any more."

A new AT&T cell phone tower has also been erected to give enhanced coverage during games. A number of parking and tailgating changes are also being rolled out for this season, and construction around the stadium will continue throughout the season as Cajun Field undergoes a series of ongoing overhauls.

For more on these changes, click here to read a full trancript of Dugas' interview Monday with ESPN 1420.