UL was the consensus pick in a coaches' preseason poll to win the league, and experience has a lot to do with that. 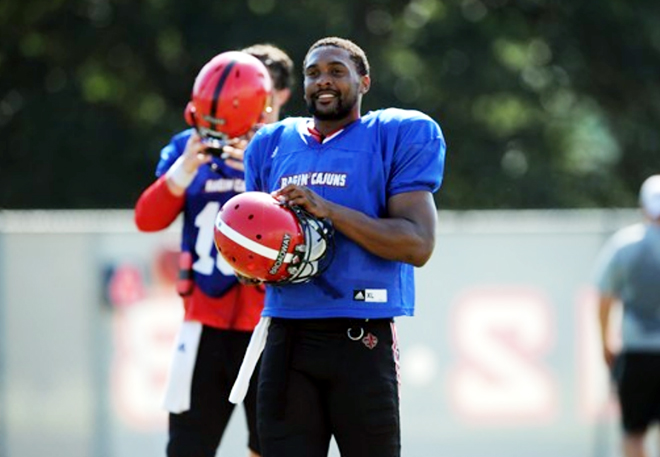 The Ragin' Cajuns have amassed nine victories, capped by New Orleans Bowl triumphs, in each of the last three seasons, and nothing less is expected in year four of the Hudspeth era.

UL was the consensus pick in a coaches' preseason poll to win the league, and experience has a lot to do with that.

"This team's depth, this team's maturity with the team coming back - 17 starters - and a lot of guys that's been in our program for the last three years, hopefully that will be something big for our team," Hudspeth said.

Those returning for UL include starting quarterback Terrance Broadway, who's compiled 5,261 yards and 36 touchdowns passing over the past two seasons, as well as leading receiver Jamal Robinson and running backs Alonzo Harris and Elijah McGuire.

The Cajuns open their season Aug. 30 at home against Southern - a game that is expected to draw a capacity crowd of about 40,000 to newly expanded Cajun Field.

ON BROADWAY: Last year, Broadway was the centerpiece of a Cajuns attack that averaged nearly 34 points per game, and he will benefit from the return of Robinson, who had 54 catches for 862 yards and eight TDs last season. Broadway is a dual threat, passing for 2,419 yards and 19 TDs last season while rushing for 613 yards and eight scores. However, ULL has lost Darryl Surgent, its second-leading receiver in 2014.

DYNAMIC DUO: Last season, Harris and McGuire combined for 1,805 yards and 22 TDs and are both expected to handle the ball a lot this season in an effort to keep both players fresh and keep defenses guessing. "Those two guys mean a lot to our offense," Broadway said.

VETERAN BLOCKING: UL's skill players should have the benefit of good blocking. There are four starters back on the offensive line.

DEFENSIVE FRONT: Defensively, the Ragin' Cajuns have a pair of seniors back on the interior of the line, including tackle Justin Hamilton, a pre-season All-Sun Belt selection after a 2013 campaign in which he made 38 tackles and four sacks. ULL also hopes its pass-rush will be bolstered by Miami transfer Jocoby Briscoe.

TOUGH SLATE: The Cajuns' non-conference slate includes matchups with Mississippi and Boise State, games which could help the Sun Belt's reputation should ULL win. "If we compete well against those teams and win a couple of those games, I feel like we have a chance, as a conference as a whole, to gain some respect this year," Broadway said. "We're one of those teams that look forward to playing this season because we have numerous opportunities to show the nation what we can do."