As tensions continue to escalate in Ferguson, Mo., between law enforcement and residents protesting the shooting death of a local teen by police, we're reminded of the peculiar circumstances surrounding the in-custody death earlier this year of a New Iberia man. 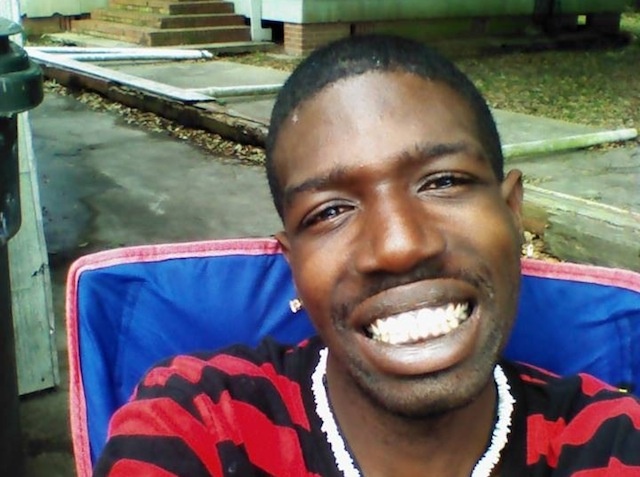 As tensions continue to escalate in Ferguson, Mo., between law enforcement and residents protesting the shooting death of a local teen by police, we're reminded of the peculiar circumstances surrounding the in-custody death earlier this year of a New Iberia man.

Victor White III died March 2 shortly after being arrested by the Iberia Parish Sheriff's Office. Responding to reports of a fight, deputies arrested 22-year-old White for the alleged possession of illegal narcotics.

White was then taken in for processing, but before he could be booked, deputies claim that White, who had his hands cuffed behind his back, somehow managed to produce a handgun, which he then used shoot himself.

As is customary in cases of in-custody deaths, Louisiana State Police was called in to conduct an investigation, prompting the release of this statement shortly after the incident:

Once at the Sheriff's Office, White became uncooperative and refused to exit the deputy's vehicle. As the deputy requested assistance from other deputies, White produced a handgun and fired one round striking himself in the back.

White's case has since raised many questions: How were deputies able to discover he was in possession of narcotics but not a handgun during frisking? How was White able to access the gun, aim and successfully pull the trigger with his hands cuffed behind his back? Who did the gun belong to? Was it White's, or did it belong to one of the arresting deputies? And, is there surveillance footage of the incident, either from inside the patrol car or from cameras located in the parking lot of the sheriff's office?

Aside from the sheriff's office claiming there is no video footage, most of the questions surrounding White's peculiar death have remained unanswered, all pending the investigation by state police.

Like the controversy sparked in Ferguson, Mo., in recent weeks with the police shooting of another young black male, the immediate aftermath of White's death also sparked protest, albeit on a much smaller, and milder, scale.

The initial outrage surrounding White's case sparked some national news attention and limited protests led by the Rev. Raymond Brown - a civil rights activist from National Action Now New Orleans - yet the issue has largely since faded from the public's attention.

And with the recent emergence of hostilities in Ferguson, The IND's curiosity as to the status of the state police investigation into White's death was sparked. So last week we reached out to Master Trooper Brooks David, asking for an update on the investigation's findings. Despite nearly six months having passed since White's death, David had no information on what's been discovered, saying only that "The case on White is still under investigation."

According to earlier media reports, White's family isn't buying the claim by the Iberia Parish Sheriff's Office that he killed himself.

"They have issued a statement that he shot himself, but we know that's not true," White's sister, Keisha David, said in an interview with the online news blog MadamNoire shortly after her brother's death.

The Rev. Brown also isn't buying the story from the sheriff's deputies, which is likely the result of his long history of protesting other alleged civil rights abuses committed by the sheriff's office on the black communities of Iberia Parish, most recently seen with the clashes between the two groups during successive Sugar Cane festivals in the predominately black West End neighborhood of New Iberia. In those previous clashes (which you can read more about here and here), sheriff's deputies, much like the officers in Ferguson, were reported using tear gas and other forceful measures against large crowds, including mothers and children, who were gathered in New Iberia's black community celebrating the annual harvest festival. 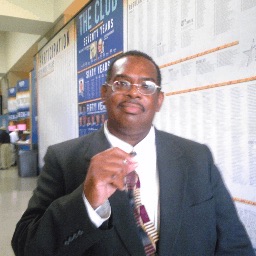 In his initial reaction to the sheriff's office's account of White's  death, Brown had some harsh words, telling The IND: "They claim they have no camera out there by the lock-up area, so our position is there's nothing we can do but accuse you of murder."

During our interview, conducted in the immediate aftermath of White's death, Brown also shared his suspicions of state police handling the investigation, questioning its neutrality in conducting a probe of a fellow law enforcement agency.

"We need an independent investigation on matters like this, an investigation that leaves no table un-turned and leaves the people without any suspicion of a cover-up," says Brown. "We think the U.S. Department of Justice should investigate these types of deaths."

While the DOJ is expected to conduct a probe into the situation unfolding in Ferguson, that's unlikely to happen for White's case, meaning the truth of what really happened in the back seat of that Iberia Parish squad car on March 2 will be based solely on the findings reported by state police.

And, according to the state police spokesman, it remains unclear when those findings will be released.