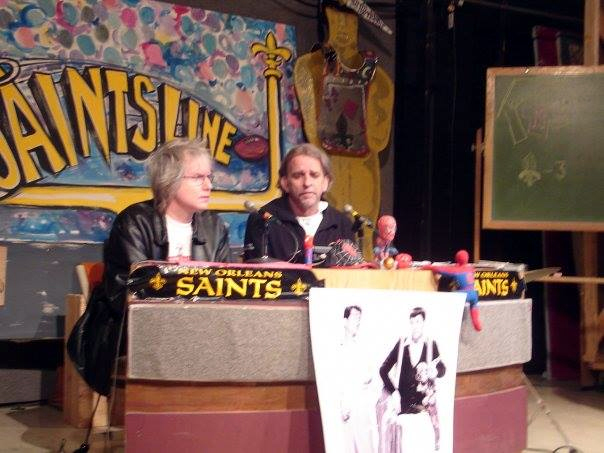 Milton "Spider" Guidry (at right with Tom Conover) was a longtime co-host of the AOC program "Saintsline."

The first words Milton "Spider" Guidry ever spoke to me were in a crowd at South by Southwest in 2005. "Hey, Nick, you know what they say about me? I'm a little shakey," he said as he laughed and shook a shaker egg an oval percussion instrument similar to a maraca. That's the way I will always remember Spider: rolling off one liners - some great, others groan inducing - and speaking to you as if he had known you all his life. On Saturday, August 16, Guidry passed away in California after suffering either a stroke or heart attack, according to his sister Jill Guidry. 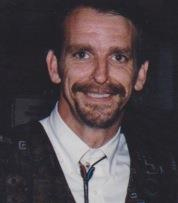 Guidry, 61, had family in California but was 100 percent a Lafayette character - even called the Cajun Kramer by some for his similarity to the Seinfeld character. Something of a mascot - and sometimes rub board player -for local bands, he could be seen at all kind of local shows and even touring with bands such as Terrance Simien and Lil' Band O' Gold. A performer in his own right, Guidry did a Vegas-style lounge act under the name  Your Pal Spidey that combined his humor and another love: Frank Sinatra, who he bragged about seeing live on a couple occasions. He also hosted "Saints Line"on AOC, discussing his love for the Black and Gold. It's fitting that one of his last actions may have been watching the Saints beat the Titans as he is thought to have called his brother to find a place to watch the game.

Jill Guidry notes a memorial service is planned for Saturday, August 30th, but no time or place had been chosen. She and her family wishes to thank the outpouring of sympathy for Spider on social media.  "We appreciate their kindness and their stories of Milt's life. We knew Milt knew a lot of people, but didn't realize it was to this magnitude. We are reading condolences on Facebook from a number of people that his mom and siblings don't know. My brother-in-law, Craig, who died of lymphoma 5 years ago, always called him The Mayor' of Lafayette."
True story.

He's a character, a joker, a comedian and P/T clown. He's Spider, longtime Lafayette scenester and humanoid extraordinaire. He's back around for another year, hosting his AOC show Saintsline with co-hosts Tom Conover, Dave Eason and Dana Fontenot. As the name suggests, the show details everything Saints-like but from the point of view of dudes hanging out in a room talking trash and having a good time. After originally debuting in '89, the show blinked off and on the radar in a few different incarnations. You can see the season debut of Saintsline's latest incarnation on Sept. 5 at 11 a.m. on Cox (channel 15) and LUS (channel 3) on AOC.

Posthaste with Spider, host of Saintsline 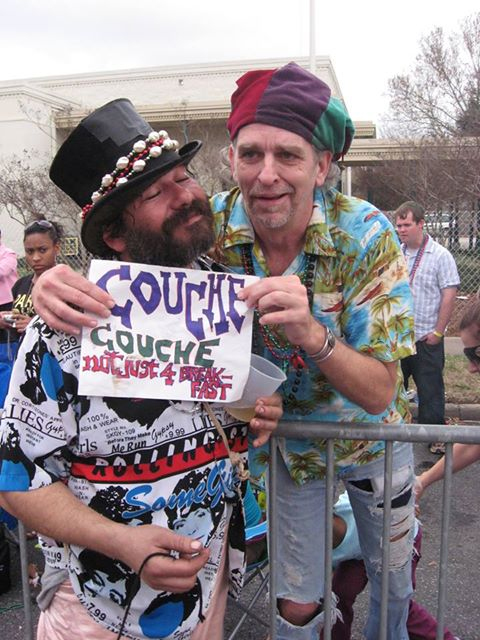 Life story of Spider in 5 words, more or less.
I can name that tune in four notes. Just a bit outside.

I understand you're an expert gambler. How'd you get into gambling?
When I was 13, my best friend's parents were degenerate gamblers. Plus they owned a Tastee Freeze.

Any advice for young gamblers?
Stay in school. It's a tough way to make an easy living.

In April of 2010, a woman named Sarah Colwill experienced a migraine headache so severe that it left her with a permanent Chinese accent. Ever had an experience so profound that it changed you in a way you hadn't expected?
Sure. But as always the medications wore off.

On what occasion is it most appropriate to wear velour?
Any Pal Spidey show with the Nutria Rat Pack.

How would you like to see your life playing out in the coming decade?
Made for TV movie with Nick Cage in the lead or somebody equally desperate for work.

In 2005, you and I were driving back to Lafayette in a rental car when we were pulled over by highway patrol. Car was searched. IDs taken. Contraband found. Somehow, by some miracle of the gods, we didn't go to jail. Thoughts?
I told you not to speed. You sped. You were 1000 percent wrong. How did I end up with the ticket?

It's called "possession," Einstein. You a Sinatra fan?
Love him.

When and where?
Both times at the Super Dome in New Orleans. It was during the autumn of his years, my friend. The first time was real good, but Dean cancelled. The second time was horrible, because he was losing it. "I'm losing it, baby."

When he was dying, you mean?
Yeah, Nancy, or one them, was at his death bed and he turned and said, "I'm losing it, baby!" And then he passed. That's Frank for youalways in the game.