The start of the three-day qualifying period for November's elections has so far yielded 10 official bids and one new announcement from candidates seeking a seat on the school board.

[Correction: District 7 candidate Dawn Morris no longer serves as counsel to the Lafayette Parish School Board, as she makes clear in a Facebook comment. See the comment below for her clarification.]

Today's start of the three-day qualifying period for November's elections has so far yielded 10 official bids and one new announcement from candidates seeking a seat on the Lafayette Parish School Board.

Upper Lafayette is on the move, and we need a school board member who can keep up. As your school board member, I will work hard to secure the wellbeing of our schools and not play politics with our children's future. We need new leadership for the next generation.

Neither made campaign announcements in the lead-up to this year's qualifying, and that hasn't been the case for most of the challengers, with some even having made their intentions known as far back as September last year.

Latiolais has signed up to challenge Bouillion for his District 5 seat, and Morris has her eye on the District 7 seat held by Mark Cockerham, who's also expected to qualify within the next two days.

For Latiolais, this bid won't be his first time running for office, according to information from the Louisiana Secretary of State's web site. His last political foray, however, ended in defeat with a 2011 loss to Jared Bellard for the District 5 seat on the Lafayette City-Parish Council. That election was close, with Latiolais losing by 261 votes. 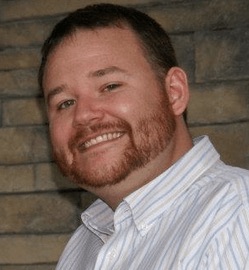 A Facebook and web search for Cockerham's challenger shows Dawn Morris is a Lafayette attorney. And the web site for Morris' law firm states that she "was recently appointed Special Litigation Counsel for Lafayette Parish School Board. This appointment speaks to our firm's experience and reputation for excellence in defense litigation."

Previous expectations that District 1's Mark Allen Babineaux would be leaving the school board and running for a judgeship in the 15th Judicial District were also confirmed as he submitted his paperwork Wednesday for a face-off against Assistant District Attorney Michelle Meaux Breaux (read more about her here).

For more on this year's school board elections, click here.