"Candidates for Congress and members of Congress spend between 30 and 70 percent of their time raising money to get back to Congress or to get their party back into power." 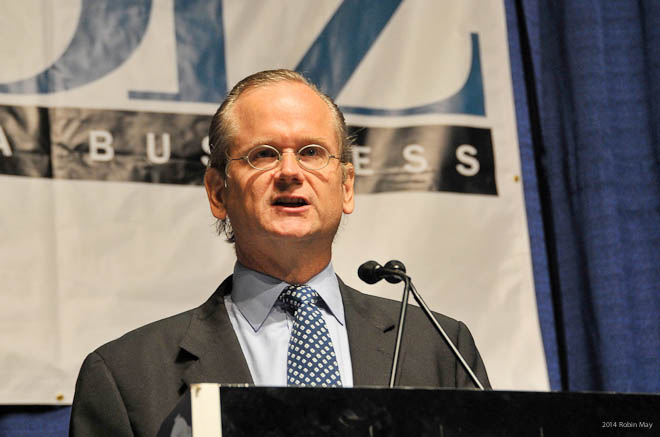 There are 144,000 people in the United States named Lester - or .05 percent. That's also the percentage of affluent Americans who gave the maximum amount allowed to a federal candidate - hence Lesterland equals the American federal election system.

It's a conceit used by Harvard Law School professor Lawrence Lessig in a book, in well-received TED Talks and, this week, in the keynote address at the annual ABiz Top 50 Luncheon held in the Cajundome Convention Center. Lessig's message: money corrupts the electoral process and it's past time for regular citizens to reclaim the power.

In other words, Lessig argued, one must raise a lot of money. "Candidates for Congress and members of Congress spend between 30 and 70 percent of their time raising money to get back to Congress or to get their party back into power," Lessig noted. 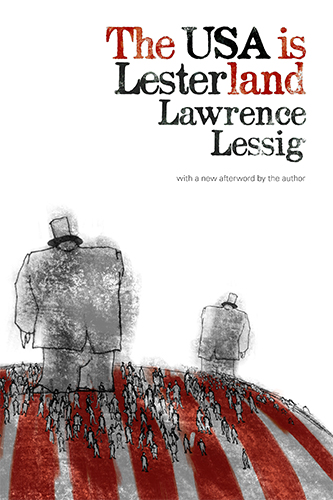 Once known primarily for his co-founding of Creative Commons and championing adjustments to copyright law in the digital age, Lessig's raison d'être lately has been campaign finance reform, a mission made urgent by the U.S. Supreme Court's "Citizens United" ruling in 2010, which opened the floodgates to unlimited spending by corporations and unions. His message was underscored by a recent study by Princeton and Northwestern University professors - "Testing Theories of American Politics: Elites, Interest Groups, and Average Citizens" - finding that regular folks have almost zero impact on public policy at the federal level; the wealthy and corporations wield all the power.

Yet Lessig is battling Big Money with big money, founding with former George W. Bush advisor Mark McKinnon the Mayday PAC, a super PAC that has raised millions to benefit candidates both Democratic and Republican who support reform, an effort he likens to ridding the body of the cancer of corruption.

Lessig admitted the cause can seem hopeless but, he asserted, it's achievable: "I imagined a doctor coming to me and saying, Your son has terminal brain cancer, and there's nothing you can do. Nothing you can do.' So would I do nothing? Would I just sit there? Accept it? Okay, nothing I can do? Of course not. I would do everything I could, and I would do everything I could because this is what love means, that the odds are irrelevant and that you do whatever the hell you can, the odds be damned."

To view a presentation almost identical to the one Lessig delivered to the Top 50, click here. To watch a TED talk from 2013 click here.

For more on the Mayday PAC, check out this New York Times article.