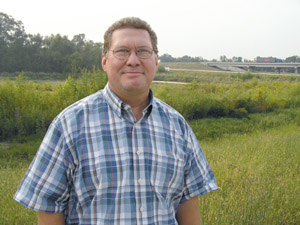 In addition to $8 million in TIF bonds, which will be paid off by a combination of local and state sales taxes, the project also was approved for use of $40 million in Go Zone bonds, the private portion of the financing guaranteed by the developers.

On Oct. 19 state Treasurer John Kennedy, the commission chairman who had local officials and the center's developers courting his support for TIF bonding in recent weeks, moved that TIF be approved only if developer Stirling Properties kicked in $100,000 toward public infrastructure at the rural site near the corner of Interstate 10 and Louisiana Avenue. But Kennedy's motion died for lack of a second.

State Rep. Charles DeWitt, a bond commission member from Alexandria, then moved that TIF bonding be approved without requiring any investment by the developer for such infrastructure. His motion passed.

Kennedy stressed that Louisiana and its cities should negotiate hard before approving tax increment financing where the developer and retailer don't have to chip in for improvements like service or access roads. The state treasurer cited other developments in south Louisiana where the developers footed the bill for a portion of the public infrastructure.

Kennedy explained that he was not opposed to the project because Lafayette needs the new road infrastructure. "You're busting at the seams," he said.

"It's a good project," Kennedy added. "I've gone to the area. It's a blighted area. But we're going to see a lot of TIFs, especially after this."

Kennedy also expressed concern that the TIF district lines were drawn to exclude people who live in the area. That way, a public vote isn't required, only a vote of the city-parish council, which has already approved creation of the TIF district.

Funding from the TIF district will pay for public infrastructure like access and service roads, traffic signals, water, electricity and sewer service to the site.

At the bond commission meeting, Lafayette City-Parish President Joey Durel said that Target, which already has a store in Lafayette, likely won't build a much bigger Super Target like its south Lafayette store because "the numbers are so marginal." And Stirling Properties officials said if the tax revenues are not sufficient to pay for the $8 million in public infrastructure, their group would pay the bill to complete the improvements.

Michael Olivier, secretary of the Louisiana Department of Economic Development, says Target paid $2.5 million for the land, and J.C. Penney is paying $2.4 million for its part. Stirling Properties will own and lease the remainder of the center.

Supporters of TIF districts see them as a relatively painless way cities can pay for infrastructure improvements around proposed developments, particularly retail centers. After the new stores open, part of the increase in sales tax revenue in the TIF district is used to pay for the bonds issued to do the infrastructure work.

Opponents call it "corporate welfare" and say the state shouldn't be involved in local retail projects.

But Olivier says a TIF district is a win-win situation because it pays for the infrastructure by creating its own revenue stream. "It's money that doesn't exist yet," he says. "From that, we will create capital investment and job creation."

TIF districts have been around for 50 years. They became popular when money for urban renewal dried up in the 1970s and 1980s, but Louisiana has only been using them since 1993. The state has half a dozen TIF districts, with at least another four in the works.

Because of the state's tax structure, TIF has only been applied to sales taxes in Louisiana. In most states, TIF is used for property taxes. In Louisiana, TIF needs to be used for developments that generate a sufficient stream of sales tax revenue to pay off the TIF bonds.

The state matches up to the percentage of sales tax that local entities dedicate for the TIF (usually 1 percent or 1.5 percent). Because the matching money comes from additional retail sales generated by the TIF district, state funds aren't being diverted from other areas, Olivier says. The maximum the state will match for a TIF district is $10 million.

Sales taxes will be slightly higher in the TIF district than elsewhere in the city for a specified number of years. Opponents argue that some TIF districts ' such as Lafayette's ' will merely shuffle Louisiana shopping dollars from one parish to another and not bring in out-of-state money. But that's not the case, says Gregg Gothreaux, president and CEO of the Lafayette Economic Development Authority, noting that the state's retail sales have grown 37.5 percent in the last 10 years. "It would be very difficult for anyone to say money is just being moved around. To me that kind of growth indicates new dollars are coming in. [In Lafayette] we are getting a lot of people from other places outside our area who are shopping here; a lot of tourists and people driving through on the interstate," he says.

Those wayfaring shoppers helped boost the percentage of per capita income spent on retail in Lafayette Parish to 63 percent in 2004, he says. The U.S. average was 40 percent.

It's not just Lafayette Parish, Gothreaux says. Out of the five parishes that border Lafayette, only Acadia (37 percent) and Vermilion (34 percent) fell below the 40 percent threshold. That indicates the six-parish region around Lafayette has a healthy influx of retail dollars from tourists and folks who live farther down the road, but there's really no way to know if they're coming from outside the state.

Lafayette Parish also has the third-highest per capita income in the state, behind St. Tammany and Jefferson parishes.

The Lafayette City-Parish Council approved a 1 cent sales tax for a TIF district for the new Target development. The tax will be levied only in the TIF district.

The state will match the TIF tax with 1 percent of the 4 percent tax it collects on retail sales in the TIF district. No sales tax is currently being collected in that TIF district because it has no retail stores.

But when stores open there, the additional 1 percent local TIF tax will be collected in that district on top of the 8 percent in sales taxes shoppers in Lafayette are already paying. The TIF taxes will be in effect until bonds for the infrastructure are paid off (at least 10 years).

Unlike TIF districts established to lure big-name retailers Bass Pro Shop to Livingston Parish and Cabela's to Gonzales, the Lafayette situation is more in line with the original intent of TIF, which is to improve "blighted" areas, Olivier says.

"This is an area where great numbers of working poor live," Gothreaux says, referring to an area between the proposed TIF district, which is in an undeveloped area, and downtown Lafayette. "This is an area that has not shared in the economic prosperity of the city. This is a heck of a lot more than a shopping center. This is not about Target. It's not about that corner. It's about Lafayette north and rebuilding it."

The stores in the TIF district will provide jobs for the area's residents. "It is the true use of what TIF was intended for," Gothreaux says.

Originally, TIF was intended for developments that couldn't be done with private money. Gothreaux says the Lafayette TIF falls into that category.

But others disagree. State Sen. Joe McPherson says it's a local project. Last month, in a meeting of the Joint Legislative Committee on the Budget, McPherson said the Lafayette TIF would set a precedent, and every big-box retailer would want TIF before building a store in Louisiana.

Across the country, TIF and other incentives have been used to lure retailers like Bass Pro Shops. Supporters say it's just the cost of doing business. Stores like Bass Pro are a destination, reeling in shoppers from neighboring states. But with 34 stores in the United States and another 23 planned, Bass Pro isn't the destination it was a couple of decades ago. Louisiana already has one Bass Pro Shop; Texas has two with three more planned; Mississippi has one; and one is planned for Arkansas.

The proposed Lafayette TIF has now jumped through all the regulatory hurdles ' the city-parish council, LED, the Joint Legislative Committee on the Budget and the State Bond Commission.

The Lafayette City-Parish Council has proposed a second TIF district at the intersection of I-10 and I-49, near the city's first TIF. That one won't go forward until a project is proposed for the site, Gothreaux says.