The LPSB will finally hear from the attorney it hired to investigate the superintendent at a special meeting Thursday at 4 p.m. 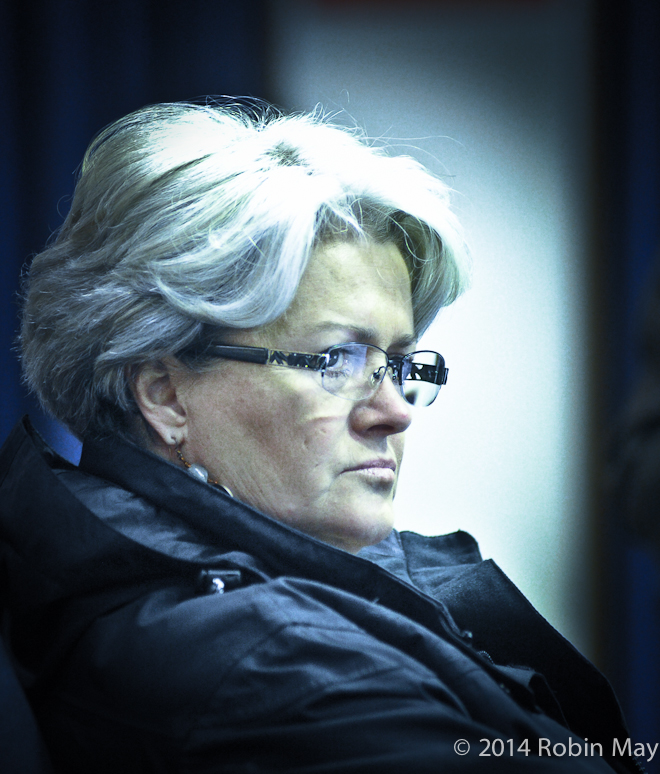 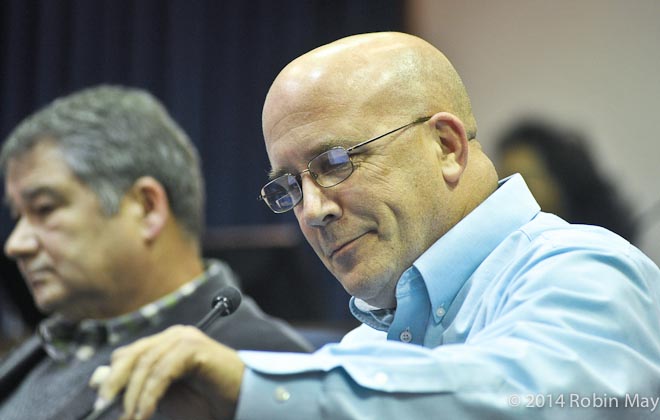 LPSB's Mark Allen Babineaux, left, and Greg Awbrey, are joined by Rae Trahan as the three board members vacating their seats come January. All three have been actively engaged in an attempt to initiate the termination of Superintendent Pat Cooper.

The Lafayette Parish School Board will finally hear from the attorney it hired to investigate the superintendent during a special meeting Thursday at 4 p.m. called by board President Hunter Beasley. At that meeting, the board will review the findings and consider its next step.

Beasley thus far is the only school board member to view the preliminary findings prepared by Baton Rouge attorney Dennis Shelton Blunt (or so that is what the board has maintained), who was hired by the board several months ago for an investigation of Superintendent Pat Cooper. The board has repeatedly refused to disclose publicly its reasons for hiring an investigative attorney, even though state law requires full disclosure from public bodies wishing to retain outside legal assistance.

Beasley received Blunt's report a week ago and said his fellow board members would all have to wait for a special meeting to find out what Blunt discovered in his probe of the superintendent.

For unknown reasons, the report originally handed over last week to Beasley was incomplete, a discovery that didn't come until after a quick attempt, by Beasley, to convene a special meeting last Wednesday. That meeting wasn't to be, as not only was Cooper out of town, but he had yet to be questioned by Blunt to explain the findings. That's right, despite being the subject of the investigation, he'd not yet heard from Blunt when Beasley tried to call a meeting to present the report.

Beasley's haste in attempting to call that first meeting raised questions as to his motive, especially given that what he'd received from Blunt was incomplete.

A meeting between Blunt and Cooper was finally arranged last Wednesday, and after a four-hour discussion, Cooper headed straight to the Cajundome Convention Center, where he was given the chance to briefly address the crowd gathered inside for the ABiz Top 50 luncheon. Whatever happened with Blunt must have been favorable, because a confident Cooper was soon standing before a crowd of about 770 or so executives and staff from Acadiana's business community, telling the audience who he'd just been with. Cooper half joked that once the four-hour meeting had ended and he'd answered all of Blunt's questions, it appeared that they both left wondering what the fuss was all about.

On Thursday, the full board will finally get what Beasley has had for a week.

For Blunt, this meeting marks the end of his work for the school board and his investigation into the superintendent.

Not so for the school board itself.

Beasley has also asked for a resolution allowing the board to "take any necessary action related to report from Special Counsel relative to the investigation of the Superintendent."

Beasley's resolution is brief, uses broad language and gives rise to speculation that this could be an attempt by the board's anti-Cooper contingent to initiate termination proceedings.

Board member Mark Cockerham - one of the board's three Cooper supporters - says the six board members who have been itching for Cooper's goodbye know their time is quickly running out.

The time crunch has definitely become a factor for the three board members who know they won't be returning in the new year - Rae Trahan, Greg Awbrey and Mark Babineaux, all of whom are not seeking re-election. All three opposed the hiring of Cooper and have since positioned themselves like road blocks to his initiatives. For them Cooper's termination has become a cause célèbre they're hoping to impart as their lasting legacy on the school system.

"We don't really know what's going to happen," says Cooper by phone Wednesday afternoon. "I'm told the attorney [Blunt] is going to give an hour-long report verbally, then he'll give us and the board his written report. As far as the second item on the agenda, I don't really know what Beasley was meaning by that, because there's not really any action to take."

According to Cooper, both his contract and state law require certain steps be taken by the board if it chooses to attempt a termination.

"They have to first decide if there are any charges, and then they have to let me have 20 days to prepare some type of defense and then respond to those charges," explains Cooper. "They can't really do anything tomorrow night other than take it under advisement. Nothing drastic is going to happen. Of course they can try something, but it would be against the law and policy."

Another factor in all of this is the federal lawsuit from Cajundome Director Greg Davis and his attorney Gary McGoffin (who is also The IND's attorney). The suit was filed in anticipation of the effort to fire Cooper and extensively details a history of bias by board members Tehmi Chassion and Mark Allen Babineaux toward the superintendent. If the anti-Cooper faction loses even one of these supporters, its termination effort will fail, as two-thirds of the nine-member board is required to fire the superintendent.

It's likely McGoffin will soon be filing an application for an expedited hearing to get the case in front of a federal judge - such an application was filed for a second component of the lawsuit dealing with this year's budget impasse, but not for the part dealing with board member bias, since at the time it wasn't clear when or if the board would actually go through with the attempt at termination.