The 2014 schedule is manageable but ends like 2013 with three of the final five games on the road.

The 2014 schedule is manageable but ends like 2013 with three of the final five games on the road. By John Mikell

Once again the Saints No. 1 goal this season is to keep Drew Brees healthy. So imagine the Who Dat horror, especially in the most superstitious city in the most superstitious state in the country, when the Saints quarterback appeared on the cover of the Sports Illustrated NFL Training Camp issue. As certain as pain from a pin in a voodoo doll, within days Brees went down, another victim of the dreaded SI cover curse. The diagnosis was an injured "oblique," its extent, duration and location a mystery to many.

Who Dats know only a curse or Sean Payton can prevent Brees from playing. In the 128 regular season games since 2006 Brees has missed one. Payton sat him for the final regular season game in 2009. The Saints lost, of course, only to win three playoff games including the Super Bowl upon his return. Brees recovered in time for the Saints' third preseason game. He had to. Keep the juju handy.
A second goal this year is for the Saints to win enough during the regular season to avoid any playoff games on the road. New Orleans is 7-9 overall in the playoffs, 5-3 in the Dome, 1-0 on a neutral field, and 1-6 on the road. With Seattle and San Francisco lurking on the Left Coast the Saints must secure home field throughout the playoffs. 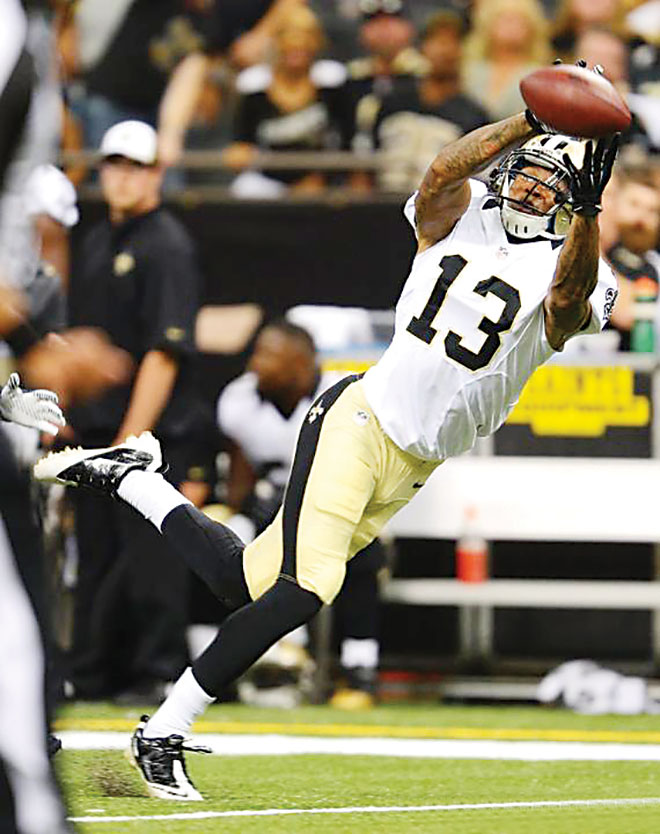 Come to think of it, no road games at all would be even better. In 2013 the Saints lost five regular season games, all far from home. Some setbacks were in surprising and perplexing places like New York (Jets), St. Louis and Charlotte. There is talk going around that the Saints have become a finesse team best appreciated and most effective indoors, out of the elements.

An improved running game serviceable in any environment would go a long way toward changing that impression. Last year the Saints were 10th in points per game. Not bad considering they ranked 25th in rushing. Only once did a New Orleans back run for 100 yards in a game. Mark Ingram reached 145 against Dallas. As the venerable Pierre Thomas starts to slow, Ingram and Khiry Robinson need to be more effective. They will run behind an improved line. The return of Jonathan Goodwin, the maturation of Terron Armstead and the best pair of guards in the NFL should open more holes and improve pass protection for Brees. (See Goal No. 1). 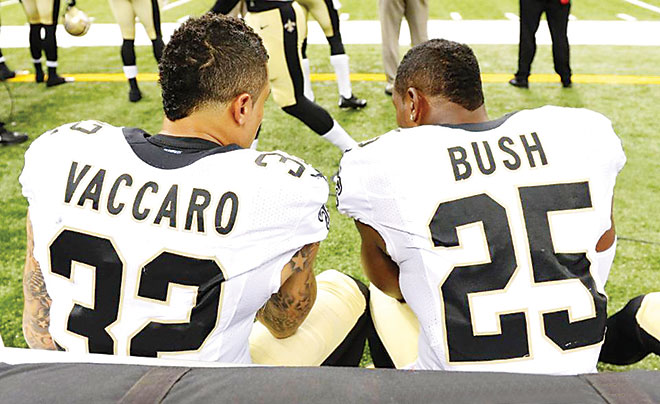 One annual goal missing this year is improvement on defense. The 2013 Saints went from the worst in history to fourth in the NFL in one short year. Lots of credit goes to defensive coordinator Rob Ryan, the most popular assistant coach in the league. But the defense also is suddenly full of playmakers, young players with tremendous potential. Cameron Jordan, Akiem Hicks, Junior Gallette, Rafael Bush and Kenny Vacarro are the types who give Who Dats pause: Could defense one day be the strength of the team? Add free agent safety Jarius Byrd and the defense is reminiscent of 2009. Such a transformation results from the organization's excellent player evaluation and salary management. Payton proved by his absence in 2012 that he is the NFL's Most Valuable Coach. Mickey Loomis is probably just as valuable a general manager.

The 2014 schedule is manageable but ends like 2013 with three of the final five games on the road. The Saints lost all three last year. This year home field advantage throughout the playoffs will be clinched by the final regular season game at Tampa Bay. Payton will rest Brees and the Saints will lose. Who Dats don't need a crystal ball to know what will happen next.