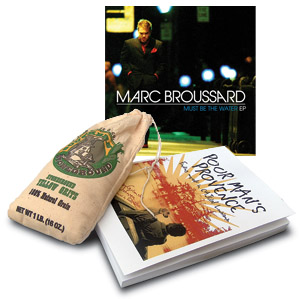 FROM ALABAMA TO HENDERSON
Award-winning writer Rheta Grimsley Johnson has traveled and covered the south for more than three decades and was a 1991 Pulitzer Prize finalist for commentary — but it was an assignment to cover boar hunting in Louisiana that truly changed her life. Johnson fell in love with local culture and bought a second home in Henderson, intent on fully experiencing Acadiana traditions and rhythms. She chronicles that quest in Poor Man’s Provence: Finding Myself in Cajun Louisiana, her new book that reads like part travelogue and part memoir. While locals may not find any major revelations in the book, Johnson’s clear prose and the presence of multiple landmarks and personalities make it an engaging read. Poor Man’s Provence retails for $23.95 and is available at local booksellers or online at www.newsouthbooks.com . — Scott Jordan

GOOD GRITS
Country grits are meant to be full-flavored and chunky in texture. Louisiana chef and entrepreneur John Folse stone-grinds 100 percent of the kernel to get a whole grain, slow cooking version of the southern favorite. Bagged in one-pound muslin sacks, Folse’s grits have a souvenir gift look to them, but don’t let the window dressing fool you. These stoneground yellow grits are the real deal. They take about 20 minutes to cook, and Folse recommends replacing some of the cooking water with milk or cream, the secret to the gourmet grits served at restaurants like Zea and Prejean’s. Southern Stoneground Yellow Grits go for $3.39 at Little Veron’s on Rena Drive. — Mary Tutwiler

BROUSSARD’S BACK
On the heels of last year’s all-covers album filled with classic Motown and Hi Records tracks, Carencro soul man Marc Broussard is back with his first new batch of original songs since 2004. In a nod to the changing music business and his younger jam-band fans, Broussard is currently offering his five-song EP Must Be the Water exclusively on iTunes. (Hoop fans will recognize the romping title track from its recent use in the TNT network’s promos for the NBA All-Star Game.) The EP’s a teaser for his upcoming full-length debut on Atlantic Records, due later this year. Must Be the Water retails for $7 and is also available on www.marcbroussard.com. If you’re not into downloading and want an old-school physical CD, that’s due in mid-March, and Broussard will autograph any copies purchased through his Web site. — SJ