If Joe Riley is as indecisive on the bench as he was about what office he would seek, we'll all be in big trouble. 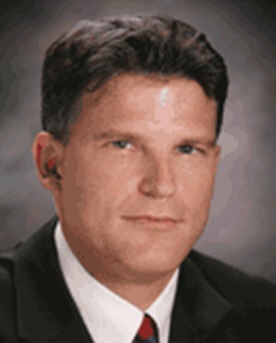 When Joe Riley II arrived at the Lafayette Parish courthouse on Aug. 22 for candidate qualifying, he knew he wanted to run for office, just not what office, according to a local attorney who spoke on the condition of anonymity.

When he arrived on the second floor of the courthouse, in the busy Pelican Room, Riley, according to our source, was originally planning to run for school board.

That all changed, however, when he learned a bid for school board would run him $230 in qualifying fees, quickly prompting a change of mind that would save him $80 and pit him against City Court Judge Francie Bouillion, who's held the Division A city judgeship for the last 20 years, 18 of those spent as the court's chief judge.

Riley's decision to run for Division A also happened by chance, according to our source, who says Riley, upon finding out that city court was comprised of only two divisions, quickly responded saying "I'll take A," without asking who he'd be running against.

Riley, who spoke Tuesday with The IND, disputes his indecisiveness at the candidate sign-up. Our source, it's worth noting, is a well-respected attorney in Acadiana's legal community.

According to Riley, however, he never had any intention of running for school board, saying his sole purpose for running is to bring new blood to city court.

"It might be a rumor, but I never thought about running for school board; I've never even worked in the school system," says Riley. "I was reading the paper and looking at qualifying and it just occurred to me that this one position was open and that she's been there a long time. That, along with what's going on with the DA's office and the criminal system in general, it's left a bad taste in people's mouths and I think it's time for new blood. It's not about her, it's just about the job."

For Bouillion, who's seeking her fourth full term on the bench, facing a challenger is something she's not taking too lightly.

"I'm feeling pretty confident, but we're not taking it lightly at all," says Bouillion. "I know this job belongs to the people of Lafayette, so when I'm not doing my day job we're definitely campaigning and making phone calls."

This won't be Riley's first run for public office. In 2008, he ran in a special election for the District 6 seat on the city-parish council, coming in third with 30.24 percent. Sam Dore won that election with 38.3 percent of the vote.