When we got the emergency-meeting agenda via email today we thought, "Hmmm ... cooler on the blink ... coroner ... corpses ... this could be bad." 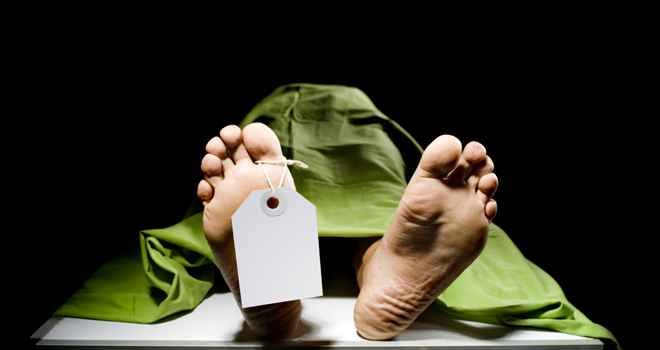 The City-Parish Council will vote on an emergency ordinance Thursday allocating $20,000 "for the purchase of a motor and component parts for an existing cooler" at the Lafayette Parish Coroner's Office.

When we got the emergency-meeting agenda via email from the council clerk's office Wednesday morning we thought, "Hmmm ... cooler on the blink ... coroner ... corpses ... this could be bad."

Turns out, not so much.

"It was put in there in 1983," says Keith Talamo, the office's chief medical investigator, with a chuckle. "So it's all taped and it keeps shutting down - it's all patched together where it's barely working. But it's still working."

Talamo says Lafayette Consolidated Government has been quick to send out a technician to make emergency repairs on the cooler over the years. That's a good thing since the office, which also contracts out to other agencies, has on any given day about six bodies waiting for autopsies or waiting to be released to a funeral home. Talamo says the last time a technician came over he said the cooler was "on its last legs." The cooler at the coroner's office is about to die, in other words and you're welcome.

And even if it went out completely, Talamo notes, area funeral homes and hospitals are available to take the bodies to prevent decomposition. "It would be a problem for long-term, but short-term until I get it replaced I have help."