Asserting that the LPSB's taxpayer-funded report on the results of the superintendent investigation is a public record, TDA's executive editor takes the gloves off. 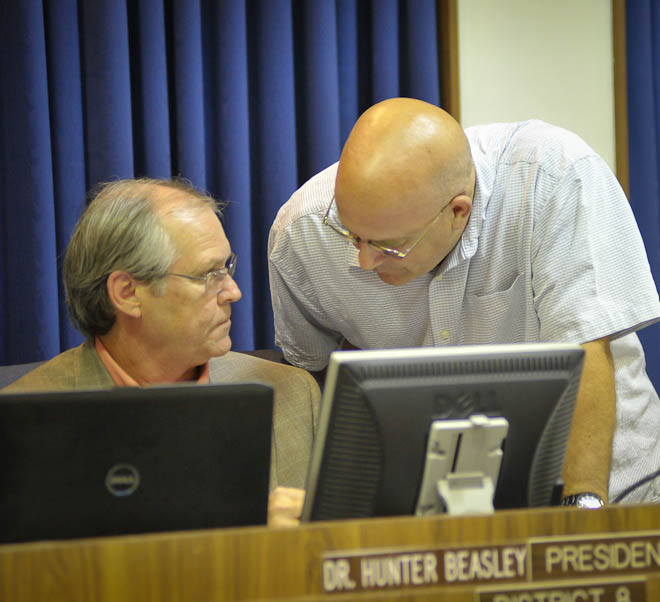 Asserting that the LPSB's taxpayer-funded report on the results of the superintendent investigation is a public record, The Daily Advertiser's executive editor takes the gloves off and raises important questions - like, "What's the big secret?"

In an excellent front-page column Friday, Cindy McCurry-Ross takes board President Hunter Beasley to task for refusing to release a copy of the findings report prepared by Dennis Blunt, the attorney hired by the board for the special investigation of Cooper.

On Thursday, Blunt presented a list of charges, and the board approved them in a 6-3 vote; a hearing will be held in the next 30 days to ultimately decide Cooper's fate with the school system. At the meeting, board member Kermit Bouillion took issue with the fact he had yet to receive a copy of Blunt's findings, even though Beasley had been given a draft weeks ago. Blunt responded that he wouldn't be releasing the final report to any board members (Beasley claims he only has the early draft), saying his PowerPoint presentation outlining the findings is all they would get.

Regarding the excuses given by Blunt and Beasley for not releasing the report, McCurry-Ross writes:

I can't figure out whether [Beasley's] response was simply naive, illogical or political gamesmanship. No matter which, it's disappointing that he doesn't understand the damage that his elitist and secretive attitude does to a citizenry that is interested in determining its problems, pulling together and moving ahead.

Even more maddening is Blunt's response that the documents are protected by attorney client privilege because they were created in anticipation of litigation, that they are protected because they touch on personnel matters and that he has already shared a PowerPoint presentation that summarizes his findings.

Not true, not true and not true.

McCurry-Ross goes on to make an effective case for why the report is indeed a public document and questions how the board could vote to accept the charges against Cooper without seeing it for themselves. She also demands to know what this oh-so-secret report is costing taxpayers.