Of all the political offices being contested throughout Lafayette Parish, the race for Broussard's top police post has literally become one of the most heated. 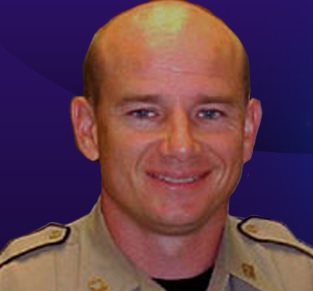 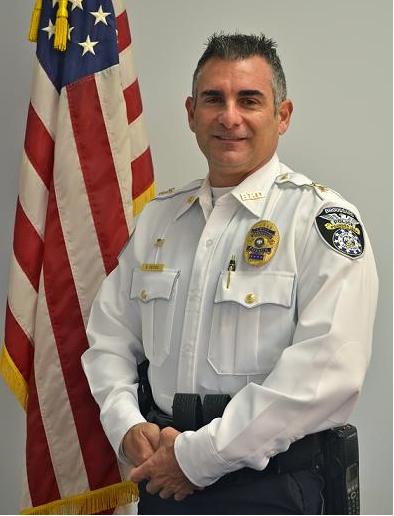 [Editor's Note: Todd Mouton released a full statement regarding media reports about Chief Brannon Decou's allegations; it can be read below this report.]

Of all the political offices being contested throughout Lafayette Parish, the race for Broussard's top police post has literally become one of the most heated.

In the release, Decou claims that over the last few weeks his campaign has become "a victim of violence," starting with an Aug. 27 incident in which he alleges one of his campaign volunteers was threatened by a person believed to be a Mouton supporter over a campaign 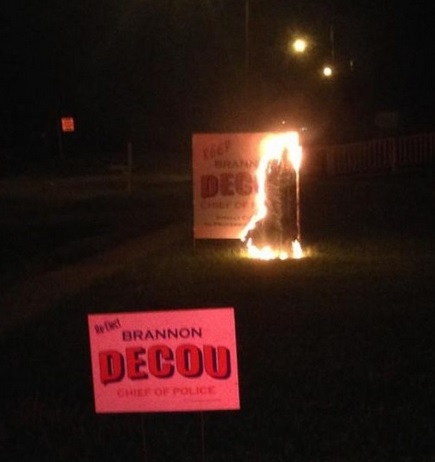 Yet, tensions between the candidates have since worsened with the torching of a Decou campaign sign Sunday evening, prompting this allegation from the sitting chief:

I respect everyone's right to support whatever candidate they choose, but the political process does not give anyone the right to threaten anyone or destroy property. I challenge my opponent to clean up his campaign and ensure his supporters does not cause anymore issues in the weeks leading up to the Election Day.

Mouton denies Decou's inference that the fire was started by someone within his campaign, and in an interview with The Daily Advertiser, he points the finger right back at the chief, saying:

None of my volunteers had anything to do with any of that. I can't clean up my campaign anymore than he can clean up his. There are supporters on both sides who are suspected of things, but I would never reduce myself to saying what he is.

Sunday's fire is now under investigation, election day is in less than two months and cooler weather should be on its way soon. It'll be interesting to see if the dropping temperatures can also help cool heads in the fight to be Broussard's top cop.

It is opportunistic and ridiculous for Decou to claim that I or any of my authorized volunteers would have anything to do with him being sued by victims he failed to protect, or people burning his signs. This is the kind of unsubstantiated gossip and allegations that Decou has resorted to repeatedly and posts on news / social media.

It would be just as ridiculous for me to claim Decou set fire to his own sign, took a photo of it burning, just so he could blame me to get political sympathy.

Many of my own campaign signs have been damaged and stolen but I haven't blamed him. Many other candidates have experienced similar crimes like vandalism and theft, but only he paints himself as a victim getting picked on.

I do not condone nor do I have to resort to damaging signs or making false accusations. When I am elected and as I have always done, I will fully investigate and submit for prosecution anyone who commits criminal acts.

These matters should definitely be investigated, but for obvious reasons, it should be an unbiased agency, such as the Sheriff's Office or State Police.