In 2013, the IRS - already the least popular governmental agency in the country - became the target of intense investigations after it was revealed that they had specifically and improperly scrutinized applications for tax-exempt status from organizations associated with the nascent Tea Party movement.

In 2013, the Internal Revenue Service, already the least popular governmental agency in the country, became the target of intense investigations by members of Congress, both Democrats and Republicans, and the FBI, at the direction of Attorney General Eric Holder, after it was revealed that they had specifically and improperly scrutinized applications for tax-exempt status from organizations associated with the nascent Tea Party movement.

Although we now know that the IRS actually targeted significantly more progressive and liberal organizations than Tea Party groups, conservatives in Congress and Tea Party supporters successfully convinced many in the mainstream media and the public that they were the victims of a political witch hunt and conspiracy. 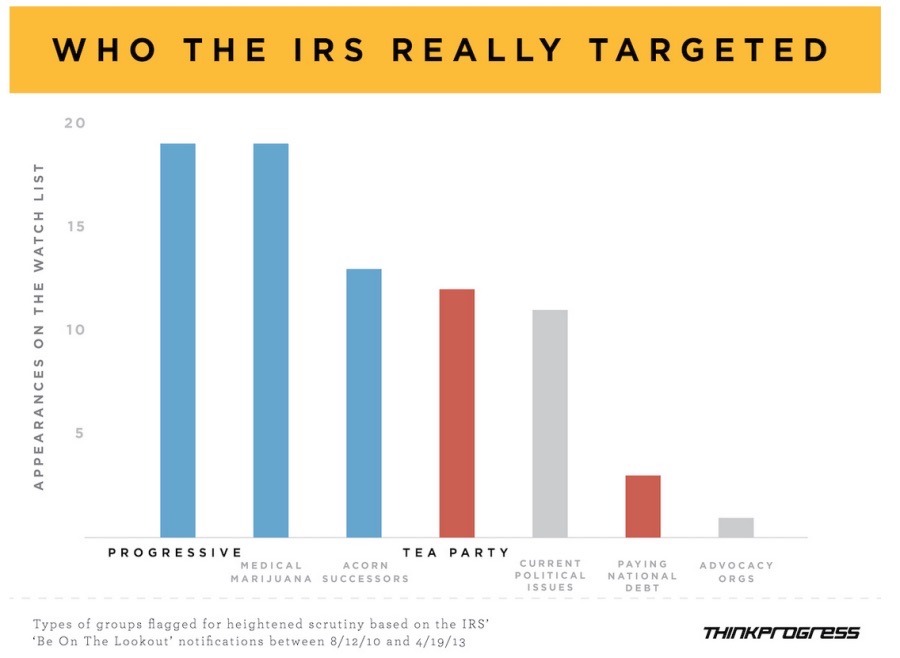 One of the IRS's biggest critics was Cecil Cavanaugh of the Tea Party of Louisiana. "When you use the IRS in this fashion, you're basically limiting free speech and that's not good for any of us," he told WBRZ of Baton Rouge, noting that his organization had not been targeted.

There is a good reason that the Tea Party of Louisiana (or TPoL) was never subjected to scrutiny by the IRS: Even though they could have, they never applied for tax exempt status under Section 501 of the tax code, which may seem ironic for an organization that, literally, stands for "Taxed Enough Already."

Instead, way back in 2009 and like several similar groups across Louisiana and the country, the Tea Party of Louisiana incorporated as a Limited Liability Company (or LLC). There are many advantages to incorporating as an LLC, but it's unusual for political committees and organizations that would (or should) otherwise be considered tax-exempt to forgo that exemption.

Cavanaugh, it's worth noting, is an accountant with a Masters in Business Administration, and no doubt, he fully understood the trade-off here: The TPoL, which doesn't raise much money anyway, may be on the hook for taxes, but as an LLC, they could avoid the scrutiny and annual reporting requirements demanded by the IRS of a 501(c)(4).

And in Louisiana, as in many states, LLCs can be considered "tax-exempt," which may be how TPoL is organized. "For a limited liability company to be tax-exempt or non engaged in for profit,' it must be organized for a governmentally licensed profession."

In 2010, I asked Barry Hugghins about the organization's status, and he said, "We are an LLC; we're a non-profit, but contributions to our organization are not tax deductable [sic]."

Let me be clear: There is nothing illegal about the Tea Party of Louisiana being incorporated as an LLC. They are under no obligation to incorporate, instead, as a tax-exempt organization under Section 501; if they elect to pay more taxes than they'd otherwise need to as a 501(c)(4), no one is going to stand in their way. If they were granted status as a non-profit LLC, that's fine too, though I question their "governmentally licensed profession."

But for the purposes of Louisiana law, the Tea Party of Louisiana should qualify under the definition of a "political committee," and, therefore, they should be obligated to comply with state laws on campaign finance and disclosure.

As of this writing, the Tea Party of Louisiana is not listed by the Louisiana Ethics Administration as a political committee, and according to the Louisiana Secretary of State, the organization is "not in good standing" for failure to file an annual report. 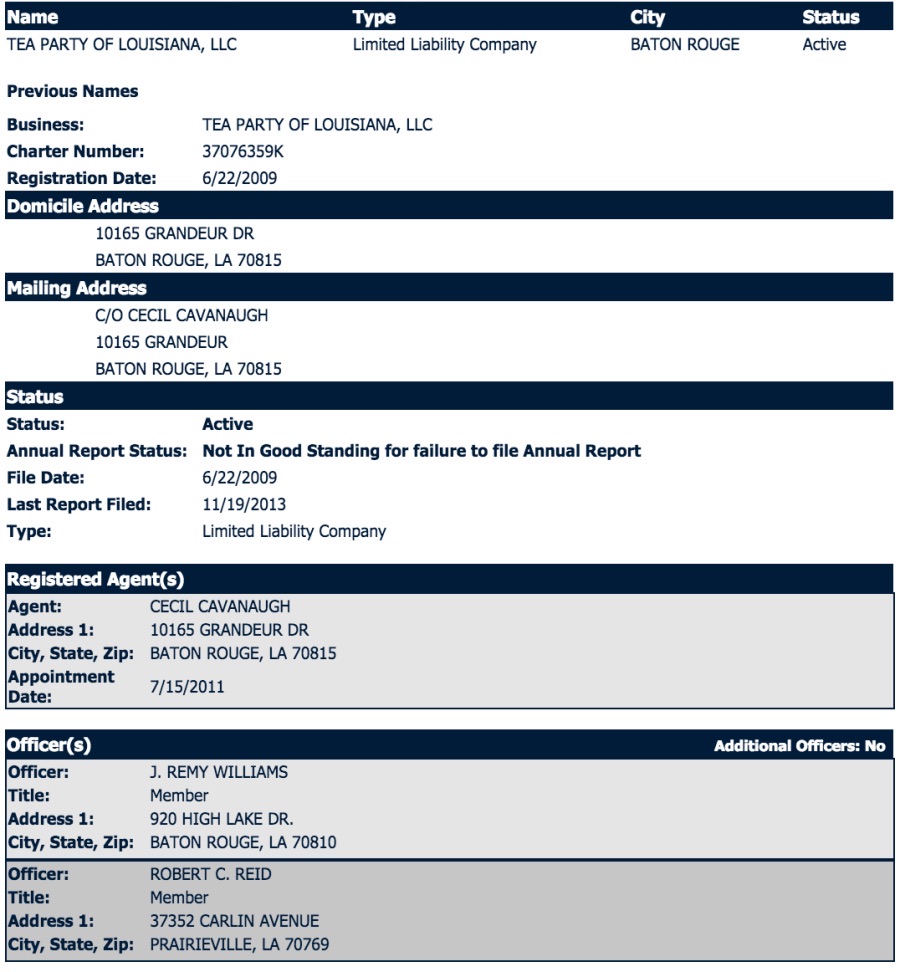 To be sure, I am not necessarily concerned with their failure to file an annual report; more than likely, it's simply the result of overdue paperwork. However, I am concerned that the TPoL has failed to register as a political committee, and here's why:

The Tea Party of Louisiana actively and purposefully attempts to influence elections and legislation. They endorse candidates. They regularly send out press releases. They lobby for and against bills in the legislature, though no one associated with their organization is registered as a lobbyist.

It is worth noting that other Tea Party groups in Louisiana have registered as political committees, including the Baton Rouge Tea Party and the Tea Party PAC, but, arguably, neither of these organizations are as influential or as well-known as the Tea Party of Louisiana.

Last month, the TPoL made national news after it embarrassingly mistook a satirical article about Common Core "turning kids gay" as fact. Quoting from Raw Story:

The Tea Party of Louisiana used a phony news story to back its claim that Common Core had turned "thousands of children across the nation" into homosexuals.

The Times-Picayune reported the TPoL's statement as legitimate news, and it even drew a response from Vitter's spokesman.

If you visit their website today, you'll be greeted with a front-page endorsement of Lenar Whitney, a candidate for the Sixth Congressional District.

Read the rest of this story here.