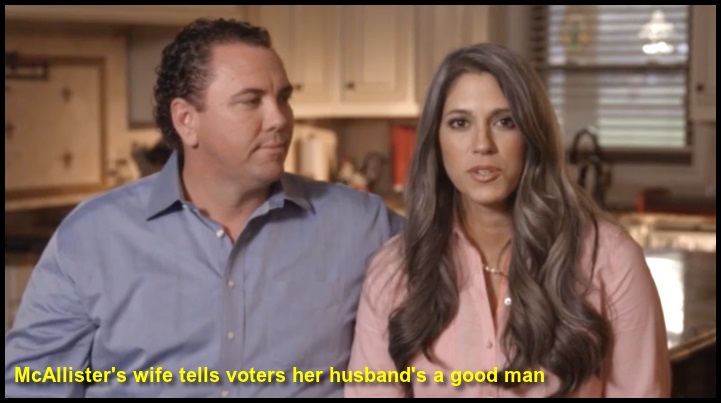 Kelly McAllister, wife of the congressman from Louisiana's 5th District, will address her husband's infidelity for the first time in a campaign ad that will begin airing today, reports LaPolitics.

Since the eruption over Congressman Vance McAllister's kissing scandal earlier this year, his wife, for the first time, will publicly address her husband's infidelity in a televised campaign commercial that will begin airing today [Monday]. 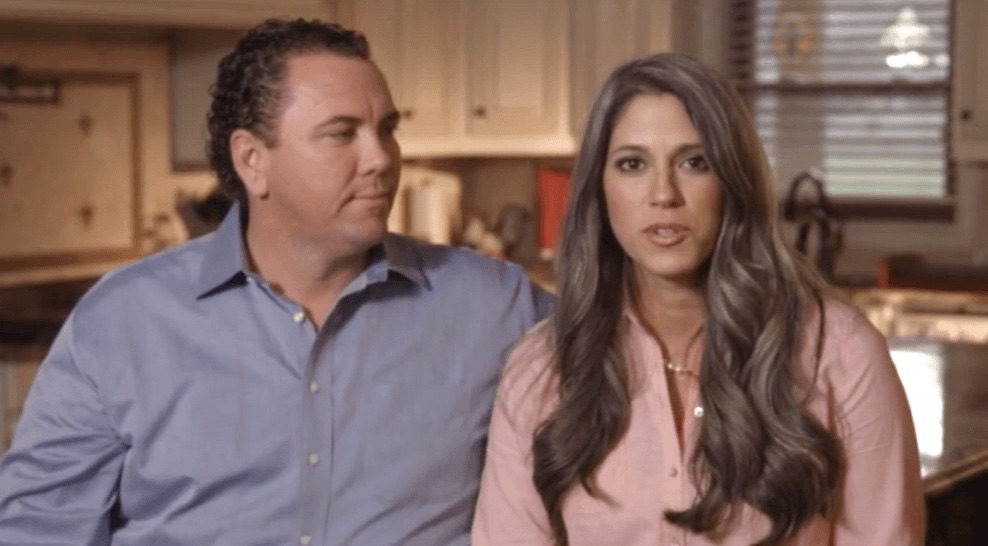 According to this post from Jeremy Alford of LaPolitics, a "rough cut" of the video - obained by LaPolitics -  features a brief discussion from the congressman's wife Kelly McAllister on the "character" of her husband. For the congressman, the timing couldn't be better as he attempts what will undoubtedly prove an uphill battle to reclaim his 5th Congressional District seat after surveillance video footage was leaked earlier this year showing him and a married female staffer romantically locking lips inside his home office in Monroe.

According to Alford, the commercial opens with a shot of the congressman and his wife.

The congressman starts off by saying "Life is filled with ups and downs."

And Kelly McAllister takes it from there, offering this message of forgiveness for her husband: "... [A] man's character is based on how many times he gets back up and stands again. I'm blessed to have a husband who owns up to his mistakes, never gives up, always fighting for the good of Louisiana."

From Alford's perspective, by letting the voters of the 5th District know she stands by her husband, Kelly McAllister could play a key role in his reelection.

"Given the attention that has been directed at McAllister's misstep, and the role wives have played in such political controversies in the past," Alford writes, "the ad should benefit from a wealth of earned media not only statewide, but probably nationally."