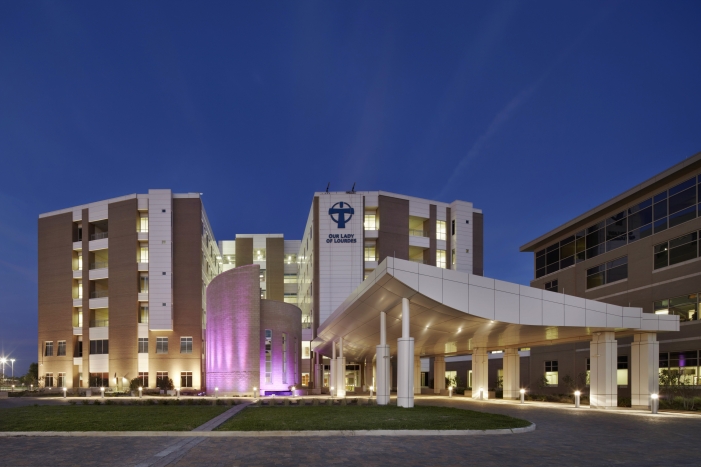 A new report reveals that hospitals acrosss the state, like Our Lady of Lourdes, have a combined $30 billion economic impact on Louisiana.

A new report shows that Louisiana hospitals are a major economic agent with in the state.

They generate more than $29.9 billion annually in economic activity and directly employ more than 98,000 people, according to "Hospitals and the Louisiana Economy, 2014," released Tuesday by the Louisiana Hospital Association.

The LHA retained Dr. James A. Richardson, alumni professor of economics at LSU, to provide an analysis of the economic impact of the hospital industry on the Louisiana economy and metropolitan areas within the state.

According to the report, the health care sector in Louisiana employs 285,950 Louisiana residents with a payroll of more than $10.9 billion. Hospitals provide jobs for 98,224 people with an annual payroll of more than $4.62 billion, accounting for approximately 35 percent of the total employees and 42.2 percent of the total health care sector payroll.

According to a press release on the analysis, the report also stresses how Medicaid cuts negatively impact hospitals and the community (but the report makes no mention of the state's refusal to accept Medicaid expansion).

In Louisiana, for every 38 cents the state spends on the Medicaid program, Louisiana receives approximately 62 cents from the federal government. Medicaid-related hospital expenditures create and support more than 48,000 jobs and generate upwards of $137.5 million of state tax collections and $117.8 million of local tax collections.

According to Richardson, because of this federal match, the impact of the state reducing its direct expenditures for Medicaid by $150 million would be a loss of an additional $245 million of federal dollars for an overall reduction of $395 million in state funds; a loss of approximately 8,144 jobs statewide; and a reduction in personal earnings of $329 million. This would lead to a reduction in overall business transactions of $800 million.

The hospital association is using the report to make the case for voters to support Constitutional Amendment 2 on the ballot this fall to protect hospitals from budget cuts and enable them to draw down more federal Medicaid money.

Critics have wisely cautioned that Amendment 2 could open up higher ed to additional budget cuts, since it has no such protections.