Excitement over Bell Helicopter's 505 Jet Ranger X is growing, as is the international demand for the state-of-the-art chopper, which will soon be manufactured at the company's first-ever Louisiana assembly facility in Lafayette.

Excitement over Bell Helicopter's 505 Jet Ranger X is growing, as is the international demand for the state-of-the-art chopper, which will soon be manufactured at the company's first-ever Louisiana assembly facility in Lafayette. 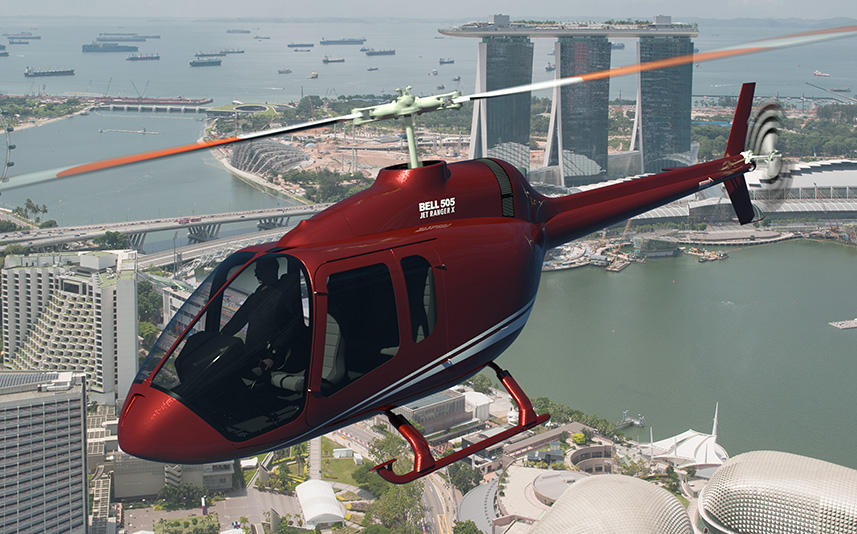 According to a press release issued Monday, the recent surge in international demand for the Jet Ranger X is coming from South Africa, where the company has received commitments for 14 of the helicopters, nine of which were secured over the weekend at the 8th Africa Aerospace and Defense show in Tshwane, South Africa.

"We are thrilled to celebrate our 25th year representing Bell Helicopter and nothing could be more fitting in celebration than to introduce the [Bell 505 Jet Ranger X] to our market," says NAC's chief executive Martin Banner in a prepared statement. "The Bell 505 has undoubtedly been the star of the show and its reception has been remarkable. We look forward to many more years of partnership and success with Bell Helicopter as they continue to roll out their exciting new commercial products like the [Jet Ranger] and the Bell 525 Relentless."

Once the newly ordered Jet Ranger X models are delivered, they won't be the only Bell Helicopters flying the South African skies. According to the company, there are at least 170 known models of the Jet Ranger X's predecessor, the Bell 206 Jet Ranger, which despite having more than 20 years in the air are still being flown by pilots throughout the country.

"This sale put a cap on a great week for the Bell Helicopter team," Steve Suttles, Bell Helicopter's vice president of commercial business in the Middle East and Africa, says in a prepared statement. "The excitement generated by the Jet Ranger X mockup has been amazing especially as customers see its capabilities and spacious cabin in person. These customers are only the first of many throughout Africa who will be able to accomplish their missions with this newly-designed helicopter."

The Jet Ranger X is Bell Helicopter's 21st century interpretation of an aircraft the company pioneered more than 50 years ago, which is where the name Jet Ranger X originated. The original Jet Rangers consisted of a single-engine, five-seat, turbine-powered helicopter, and of the 7,500 assembled over the last 50 years, more than 4,400 are still flying at an average age of 32 years.

The modern version, according to Bell's CEO John Garrison, will feature a load capacity of 1,500 pounds, speeds of up to 144 mph, and a cruising range of more than 400 miles. As seen with this week's announcement, the company is focusing on the export market, with target customer groups including civilian flight training, law enforcement and utility companies, among others.

Since its unveiling, Bell has shown great confidence in the Jet Ranger X's potential. And that was seen with the announcement earlier this year of the company's selection of Lafayette as the site for its massive new assembly plant, where the new chopper's will be manufactured starting in 2016.

Bell estimates at 115 jobs will be created by the assembly plant, and hiring for the new facility will begin sometime in 2015.

Click here to learn more about this project and what it means economically for Acadiana.