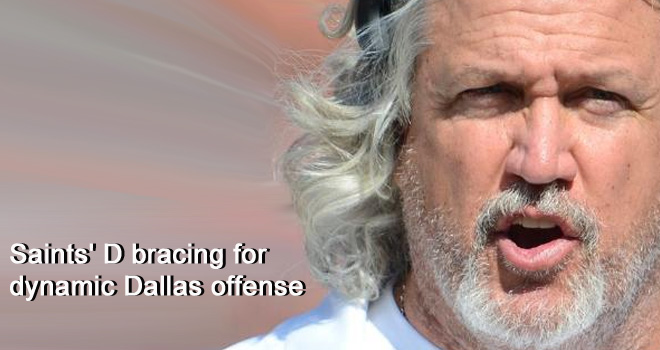 If the Saints' defense hasn't corrected early season errors it could be in for a long Sunday night. 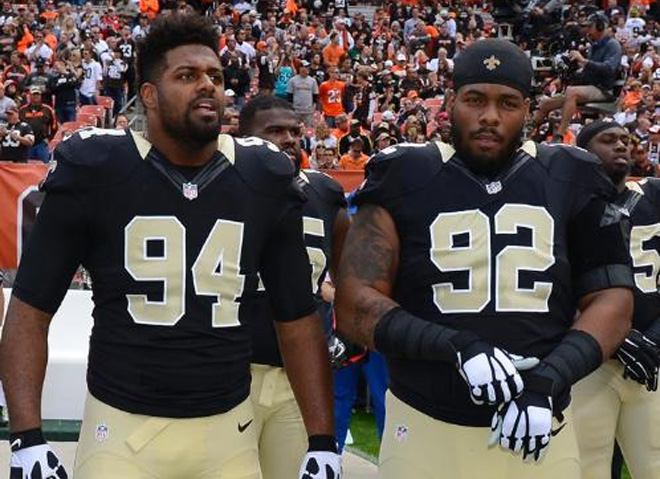 If he's wrong, the Saints could be in for a long Sunday night against a Dallas offense driven by Tony Romo, Dez Bryant, Jason Witten and DeMarco Murray.

Byrd said Wednesday that proof of New Orleans' progress on defense is evident on coaches' video of the Saints' Week 3 victory over Minnesota, even though the Vikings' offense was missing key players.

"You go by what you have on film. Did you do the fundamentals well?" Byrd said. "The first two games we were beaten by fundamentals - communication and tackling. Did we improve on that? That's what you look at and (the improvement) showed up."

The Vikings were without star running back Adrian Peterson, then starting quarterback Matt Cassel went down early in the second quarter with a broken foot, leaving rookie Teddy Bridgewater to lead the offense.

The Saints did not give up a touchdown and held the Vikings to 247 total yards while sacking Bridgewater twice, by far the best performance by the Saints' defense. New Orleans ranks 24th in the NFL in yards allowed per game at 397.7 and 29th in yards passing allowed at 278.3 per game.

"We obviously know Rob Ryan well," Garrett said. "He's an outstanding football coach and challenges you in a lot of different ways."

After practice Wednesday, the Saints' defenders said keys to containing Romo would include discipline among defensive linemen and stamina among defensive backs because Romo routinely scrambles laterally to keep passing plays alive.

"You want try to let the sacks come to you," outside linebacker Junior Galette said. "You don't want to rush him, because he's going to try to run around and make plays with his feet."

Meanwhile, defensive backs have to be prepared to cover longer than usual.

"Any time a quarterback can extend a play, it's tough on a defense," Vaccaro said. "You've got to keep playing."

Romo has been known to make risky throws, particularly under pressure. This season, he has as many interceptions - four - as touchdown passes.

"You're aware of guys that like to take chances. He's one, but a lot of great quarterbacks take chances," Vaccaro said. "Brett Favre took a lot of chances. You've got to respect Tony Romo as a quarterback. ... He's got the ability to make all of the throws."

Romo's primary target has been receiver Bryant, who was 20 receptions - twice as many as Witten, who is second on the club with 10.

Byrd said knowing that Romo will look for Bryant is not enough.

"You've got to see how they're getting him the ball, too," Byrd said, noting that Bryant can turn a short catch into a long gain as easily as he can beat a defender deep. "He's that good of a player, a strong runner, where they're just trying to get the ball in his hands. You know that's where they're trying to get the ball, but it can come in any different fashion."

The Saints are expected to have top cornerback Keenan Lewis on Bryant much of the game, and may give him safety help as they did when the teams met last season. Bryant had only one catch, albeit for 44 yards.

"He is one of those guys that you have to be on top of your game. You are not just going to beat him. He is a physical corner," Bryant said. "This is a game where you have to be well-prepared because if you are not you are going to get beat."

As for Witten, Vaccaro is aware that as a safety he could wind up covering the Cowboys' star tight end, and hopes he gets that chance.

"I love the challenge. I don't like those blocking tight ends," Vaccaro said. "I like guys that can get involved in the passing game. That makes it fun."

Meanwhile, the Saints are by no means underestimating Dallas' ground game. Murray already has rushed for 385 yards and three TDs in three games.

"He's the foundation of everything," Galette said of Murray's role in the Cowboys' offense. "If we stop him, then I feel like we can do a good job getting after Romo."