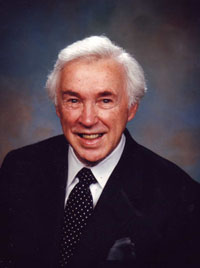 There was no one before him, and it will be virtually impossible to ever match his success in the local restaurant business. Revered La Fonda founder Leebob Cox, 78, was laid to rest Saturday after a long battle with health problems, including a second stroke in 2002. Cox died peacefully at his residence on Wednesday, Feb. 27.

“I don’t know who else could go ahead of him,” says longtime La Fonda customer Teemie Landry, a patron whose loyalty inspired one of the painted caricatures in the 50-year-old Johnston Street restaurant -- as famed for its potent margaritas as its Tex-Mex fare. “He was hands-on. When you walked in the door, Leebob was there. He greeted you when you walked in and gave you a ticket to go get your margarita.”

La Fonda has survived many turbulent times in the local economy, not to mention an onslaught of competition that hasn't yet let up, and today remains one of the city’s most spirited dining spots. Its longtime management and staff continue to uphold the tradition, but for some time to come patrons will expect to be greeted by the familiar face and will long for the quiet, accommodating demeanor of Leebob Cox. “There was always an overall concern that everyone was made happy,” Landry says. “He knew everyone’s name and was always glad to see you.”