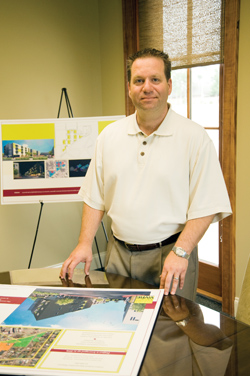 Charges that Lafayette developer Greg Gachassin violated the state's Ethics Code will be heard by a three-member panel of the Ethics Adjudicatory Board on Feb. 26 at 9 a.m., Louisiana Ethics Administrator Kathleen Allen confirms to The IND.

Potential settlement talks appear to have broken down, leading to the February trial date on the merits of the charges. The IND reported in June that if a settlement could not be reached, Gachassin planned to appeal the three administrative law judges' decision that the case should move forward to the First Circuit Court of Appeal.

The IND could find no such appeal in the court record, and Gachassin's attorney, Gray Sexton, could not be reached for comment earlier today.

It remains unclear whether a settlement proposal was ever on the table, but Gachassin did stipulate in court filings that he would attempt to settle the matter.

The trio of administrative law judges decided May 7 that the case, in which Gachassin and his Cartesian Company face multiple violations of the state's Code of Ethics stemming from his time as chairman of the Lafayette Public Trust Financing Authority, should proceed to an administrative hearing (the equivalent of a trial).

The state's case centers on its claim that the local developer laid the foundation for lucrative work with the LPTFA while he was serving as an appointed member of its board of trustees from November 2003 to November 2009. State ethics laws prohibit an appointed board member from doing business with an entity under its jurisdiction, a prohibition that extends such dealings for two years after the board member leaves the public board.

Gachassin is facing a substantial financial hit, as the Ethics Board is seeking to recover the maximum penalty for Gachassin's and his company's alleged violations.

"[Gachassin] drove the bus and made sure there was plenty of room in the back to put the cash," Board of Ethics attorney Michael Dupree told the trio of administrative law judges at a hearing on the motions March 13. That cash amounted to $1 million, which the Ethics Board is seeking to recover in penalties, plus one-half, for a total of $1.5 million. In court filings the board also says it's entitled to seek $10,000 each time Gachassin violated the code - an amount that could climb into the hundreds of thousands. The Ethics Board also has the authority to impose restrictions on Gachassin to prohibit him from entering into business relationships with his former agency, which in this case is the Lafayette Public Trust Financing Agency (inexplicably, the court documents do not indicate the board is seeking to do so).

Should the state recover anything close to that amount, the case would be precedent-setting. Ethics records show that the largest fine ever handed down, $650,000, was in 2001 against attorneys involved in tobacco litigation.