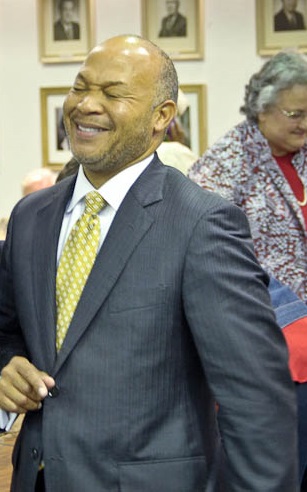 Attorney Dennis Blunt: laughing all the way
to the bank

The draft report Lafayette Parish School Board President Hunter Beasley has kept secret since mid-August has finally been released (the one he had, then said he deleted, then said he didn't have, then said he did have but would not show to anyone). Though typically not known for their astuteness, school board members wisely, finally, voted unanimously Wednesday (when's the last time that happened on a matter like this?) to force their own board president to turn over the draft he was given 1.5 months ago by Dennis Blunt, the attorney hired to investigate Superintendent Pat Cooper.

Here's the preliminary Cooper report, all 19 pages of nine complaints (we're sending you to The Advocate's link because Beasley did not send it to us, despite a public records request for it). Note in the early draft that Blunt was dead wrong on the issue of using public funds for a brochure he concluded promoted a tax renewal (we think he's wrong on a lot of other points too). He even got the name of the PR firm that produced it wrong. It wasn't BBR; it was Kaplan Advertising & Production.

Apparently, Blunt had changed his mind about the brochure being "a violation of the constitutional and statutory (criminal) prohibition on the use of public funds for advocacy directed towards the electorate" (now that is a very serious charge) before he made his PowerPoint presentation to the board Aug. 28.

Still, however, the "independent" investigator/prosecutor/star witness (he plans to testify) has refused to turn his final report over to the board and the public, despite numerous public records requests for it - and, as of this week, a lawsuit by The Daily Advertiser seeking it. The local daily, like the rest of us, also wants to know what the report cost taxpayers. (From the look of this picture, he must be making a pretty penny.) 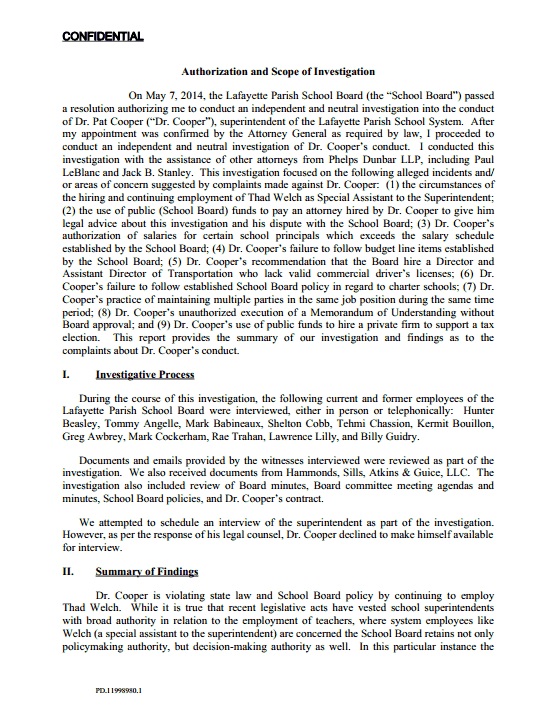 But this board did not need to see either the draft report or the final; it voted 6-3 last month to accept charges against Cooper anyway. And while Cooper will have an opportunity to defend himself at an Oct. 14 hearing, there are six board members who won't care what he has to say.

Their minds are made up - they were made up long before they hired this "independent" investigator.