But for babies, women and children, eh, not so much. 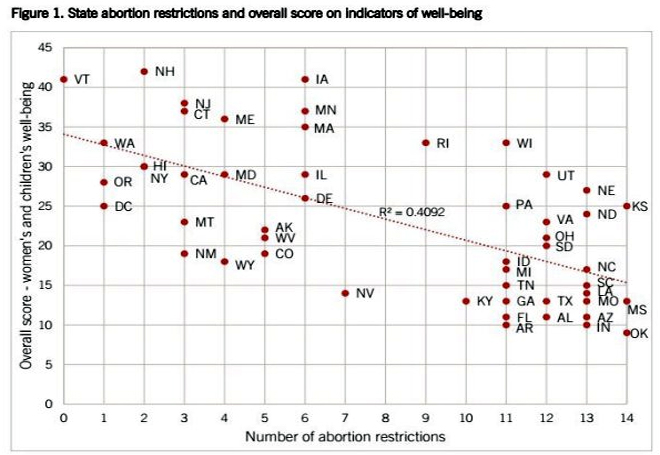 Louisiana is among a group of states with 10 or more abortion restrictions that score near the bottom for policies that support the health and wellbeing of women and children, according to a report released this week by Ibis Reproductive Health and the Center for Reproductive Rights.

The study found that a state's performances on measures of women and child health and wellbeing is generally inversely proportional to the number of abortion restrictions such as mandatory ultrasounds, waiting periods and other roadblocks to abortion access. Those states, Louisiana included, have higher rates of infant/child/maternal mortality, teen births, obesity, and women and children lacking health insurance.