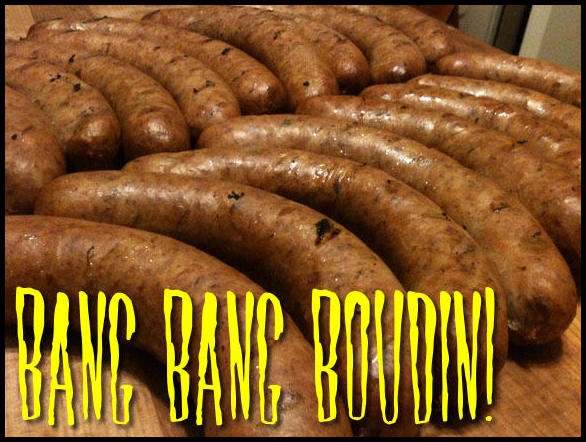 The notion of a restaurant offering its gun-packing diners a discount has prompted Advocate columnist James Gill to look into his crystal ball, and what he sees is downright tragic. 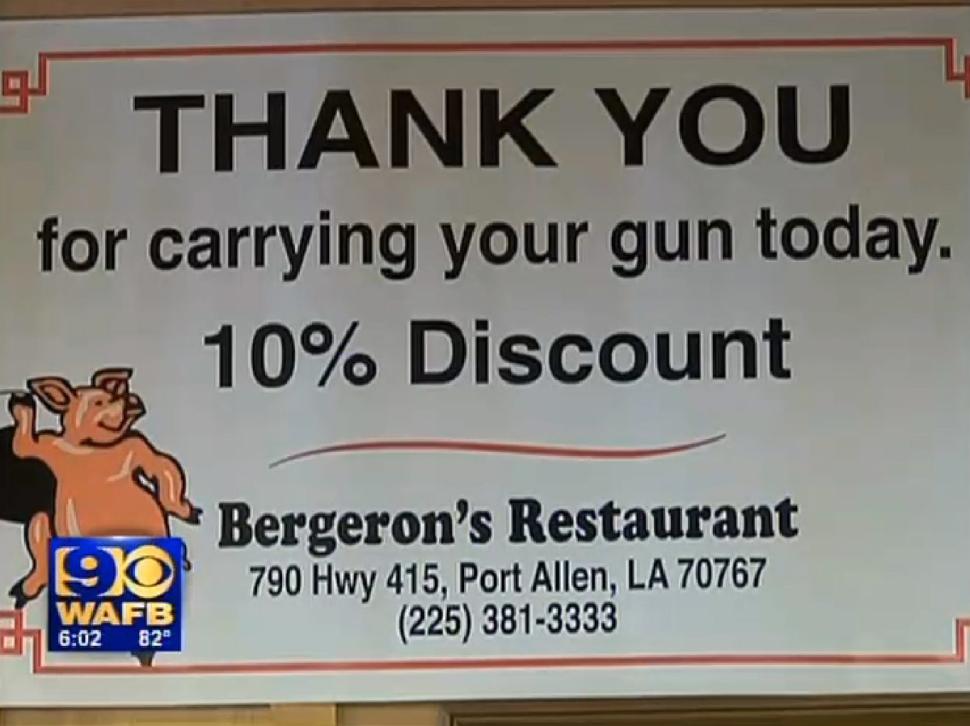 look into his crystal ball, and what he sees is downright tragic.

Commenting on the recent national media attention over the 10 percent discount being offered to armed diners at Bergeron's Boudin and Cajun Meats in Port Allen, Gill takes a hypothetical look at the what if, writing:

A woman customer at a table in the center of the room, reaching for the hot sauce to sprinkle on her jambalaya, knocked her purse off the table. When it landed on the floor, a pink 9 mm. pistol ("very little kickback, and comfortable for the fair sex to handle") clattered to the floor and discharged. The plucky little lady was unharmed; the bullet thudded into a wall.

However, Bergeron's was packed, thanks to the 10 percent discount offer for any diner carrying a gun. Hearing the report, several good ol' boys figured the place was being robbed. It was for just such an eventuality that they had been encouraged to exercise their Second Amendment rights at mealtimes.

Confusion reigned. Forks were cast aside, while furious customers reached for their pieces. Rat-a-tat-tat. Nobody came close to hitting the unfortunate lady, who was trying to look nonchalant while stuffing the pistol back in her purse, but diners seated around the edge of the room were not so lucky.

A police spokesman, straining to describe the scene, likened it to "a circular firing squad." He said casualty figures would be released as soon as local hospitals could provide them.