The PSC's Scott Angelle, a Breaux Bridge Republican, changed the dynamic of the 2015 governor's race Oct. 2 when he decided the contest needed a major candidate from Acadiana - Angelle himself. 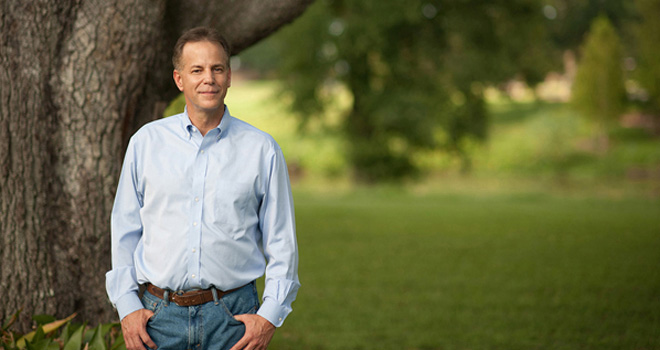 Public Service Commissioner Scott Angelle, a Republican from Breaux Bridge, changed the dynamic of the 2015 governor's race on Oct. 2 when he decided the contest needed a major candidate from Acadiana - himself. Angelle poses a threat to all three announced candidates, but it remains to be seen if he can parlay his Cajun base into a runoff spot.

The other candidates are U.S. Sen. David Vitter, the current frontrunner who nonetheless has significant negatives (and lots of detractors even among his fellow Republicans); Lt. Gov. Jay Dardenne, a Baton Rouge Republican who has won several grueling statewide races but who continues to be dogged by claims from the GOP's hard right that he's not conservative enough; and Democratic state Rep. John Bel Edwards of Amite, who has a good resume but who has struggled to raise money and establish statewide name recognition.

Early polls show Vitter leading the pack, and he is working hard to present himself as inevitable. Vitter's many critics - Democrat and Republican - believe he would lose to a less strident Republican in the runoff.

Dardenne would be such a runoff opponent. So would Angelle. But if both men run, they could split the anti-Vitter vote and allow a Democrat to make the runoff. That's Vitter's fondest hope.

Angelle's strengths as a candidate are his appeal among Cajun voters (who historically vote for one of their own, especially a conservative), his ability to stir a crowd as a stump speaker, and his potential to beat Vitter in a runoff. His weaknesses are his small campaign war chest ($175,000 as of earlier this year), his ties to Gov. Bobby Jindal, and the fact that, right now at least, he's largely unknown outside Acadiana.

Politics is in Angelle's DNA. His father served in the Legislature and later as secretary of Wildlife and Fisheries under Gov. Edwin Edwards. Scott began his career as a Democrat, serving on the police jury and then as parish president in St. Martin Parish. In 2004, Gov. Kathleen Blanco named him secretary of the Department of Natural Resources, a post he kept when Jindal became governor. He also served as Jindal's legislative point man and consistently got high marks from lawmakers as someone who was easy to work with - unlike Jindal.

In 2010, Angelle made two big political moves: Jindal appointed him interim lieutenant governor after then-Lt. Gov. Mitch Landrieu won the New Orleans mayor's race, and he switched to the GOP. (Angelle promised not to run for lieutenant governor when he was appointed.) In 2012, he resigned his DNR post, and Jindal immediately named him to the LSU Board of Supervisors. Later that year, Angelle won his Public Service Commission seat.

His announcement for governor triggered the predictable criticism that he's too close to Jindal. Some even speculated that he is Jindal's anointed candidate. He and Jindal use the same chief fundraiser, Allee Bautsch, and earlier this year OnMessage did a poll for him. OnMessage in Louisiana is led by Jindal consigliere Timmy Teepell. Angelle says Baton Rouge consultant Roy Fletcher will run his campaign for governor and that OnMessage will have no role going forward.

In his announcement, Angelle said he will be "more focused on getting us across the goal line rather than grabbing the headline" - a clear swipe at Jindal, who frequently grandstands. He also portrays himself as a political pragmatist, not a Jindal-like ideologue.

That's a good start, but it doesn't remove the Jindal Factor from the conversation. You can bet Vitter, who despises Jindal, will spend whatever it takes to hang the wildly unpopular governor around Angelle's neck. For his part, Angelle will have to separate himself politically and philosophically from Jindal at every turn.

Louisiana governor's races typically favor candidates with strong geographic bases in the primary; runoffs tend to be philosophical showdowns. If the 2015 contest follows that template, and if Angelle locks up the Cajun vote, he could be the dark horse of the race. His opponents, meanwhile, will portray him as Jindal's stalking horse.

It will be interesting to see which narrative voters believe.