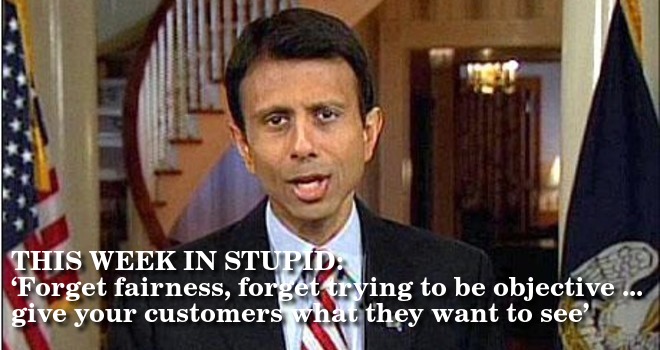 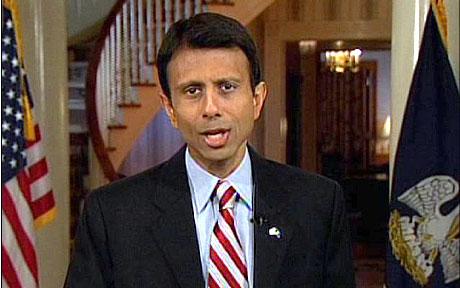 CNN would love nothing more than to be No. 1 in the cable TV ratings, but it keeps falling short to FOX News - way short.

Fear not, CNN, Louisiana Gov. Booby Jindal has some swell advice for you: Do what FOX does.

Tuesday evening Jindal told radio host Hugh Hewitt he has the answer: "They've tried everything else, why not just for sheer survival, forget fairness, forget trying to be objective, at some point you try to give your customers what they want to see. Why not try a conservative voice?"

Hmmmm. Now that sounds awfully familiar. No fairness. No objectivity. Tell your viewers what they want to hear.

Just DON'T give them the NEWS.

Hearing is believing, people. Click here for THIS WEEK IN STUPID.

(And before anyone starts weighing in about The IND, let's be clear: We aren't a he-said-she-said publication. Never claimed to be. You get that every day in Lafayette from The Daily Advertiser, The Advocate and the three TV stations. We don't falsely claim to be fair and balanced. Fair, yes, balanced, ahh ... not so much.)