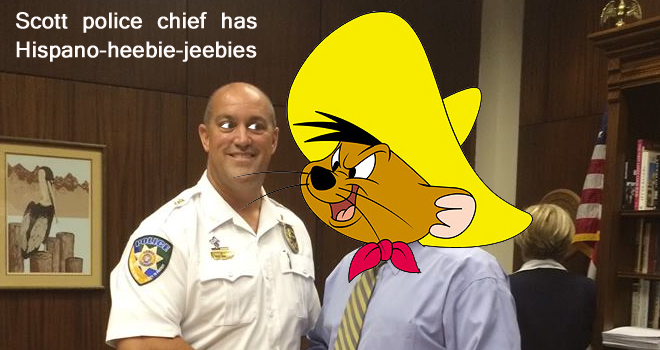 Chad Leger is all like whoah, man, all these swarthy Latin foreigners' ... because ... 'Murka!

Scott Police Chief Chad Leger got his flu shot today, but he still caught a fever: 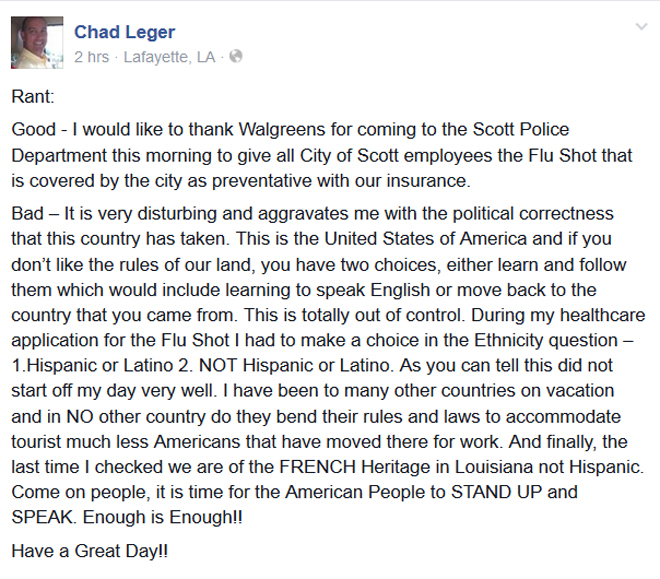 His deep, abiding patriotism broke a sweat, as he indicates in the Facebook status update above (which has since been deleted), when he had to check off whether he's Hispanic on the vaccination consent form. Because how dare the Centers for Disease Control attempt to do any demographic tracking on who's getting the shots? And because all those damn Spanish-speaking laborers who've come to take our jobs and pop out a bunch of toffee-hued anchor babies don't talk good, what with their enchiladas and sombreros!

If the gu'mint would simply put its boot down on these exotic foreigners and require them to speak English, instead of letting them coast along on the language of their birth - not to mention display a little cultural pride - we could stamp out Spanish. It damn near worked with Cajun French four generations ago.