U.S. Sen. Mary Landrieu is shaking up her campaign staff, ousting her campaign manager and turning to the strategist who helped her brother win election as New Orleans mayor. 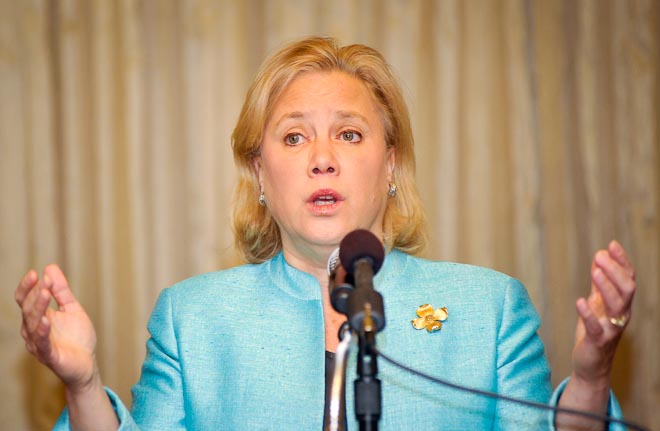 BATON ROUGE, La. (AP) - U.S. Sen. Mary Landrieu is shaking up her campaign staff, ousting her campaign manager and turning to the strategist who helped her brother win election as New Orleans mayor.

The three-term Democratic senator is fighting for political survival, locked in a tough re-election bid against two main Republican challengers and targeted by the national GOP in their effort to regain control of the Senate.

Adam Sullivan has been replaced as manager by Ryan Berni, who has worked with Democratic strategist James Carville and ran the successful mayoral campaign of Landrieu's brother, Mitch.

Sullivan will remain on the campaign with the title of senior adviser.

Norma Jane Sabiston, Landrieu's former chief of staff and longtime political adviser, is returning to campaign work for the senator. She has been involved with all three of the Democratic incumbent's prior Senate races.

T. Bradley Keith, who has worked as Landrieu's Senate state director for years, also is moving to the campaign staff leading up to the election, which is less than four weeks away.

He offered no explanation why Sullivan was replaced, but said the staff additions were similar to what Landrieu did in previous campaigns, bringing in "trusted advisers" in the final weeks "to close the deal."

"Like any of the Senator's winning campaigns, we are tightening our senior strategy team and bringing on some of her long time advisers to help out during the last month of the race. We know this will lead us to victory on Nov. 4," Landrieu campaign spokesman Fabien Levy said in a written statement.

Republicans framed the staff changes as a sign of a campaign in trouble.

"Firing staff won't distract from the fact Mary Landrieu supports President Obama 97 percent of the time, failed to follow through on her promise to get the Keystone Pipeline built and has lost touch with Louisiana after 17 years of living in Washington, D.C.," Ben Voelkel, a spokesman for the Republican National Committee, said in a written statement.

Landrieu faces two main GOP challengers, U.S. Rep. Bill Cassidy and retired Air Force colonel Rob Maness. Polls show a tight race that is expected to be decided in a December runoff. If no candidate gets more than 50 percent of the vote in Louisiana's "jungle primary," the top two-vote getters advance to a Dec. 6 runoff.