Despite the hype and potential misinformation to have spread in the wake of Mark Cockerham's recent departure from the LPSB, his candidacy for reelection is still on - now with the backing of the Chamber's Empower PAC.

Despite the hype and potential misinformation to have spread in the wake of Mark Cockerham's recent departure from the Lafayette Parish School Board, his candidacy for reelection is still on - now with the backing of the Greater Lafayette Chamber of Commerce's Empower PAC. 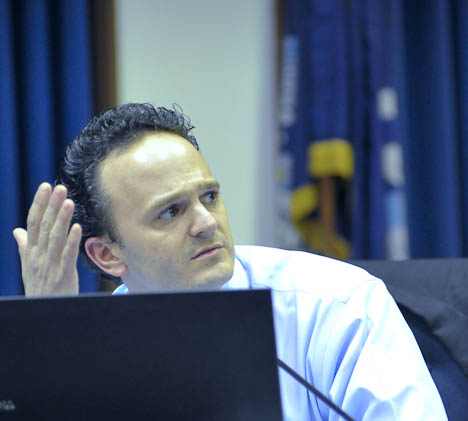 Cockerham is a Republican with two terms already under his belt as District 7's school board member, and he's one of three incumbent board members to weather the last two year's worth of board turmoil by remaining dedicated to the superintendent and his plan for the school system's turnaround.

Since starting his reelection campaign, Cockerham has taken a few hits, the most major coming from a lawsuit covertly filed by the challenger for his District 7 seat, attorney Dawn Morris. The suit unfortunately resulted in a directive from District Attorney Mike Harson's office, prompting Cockerham's announcement earlier this month that he was vacating the seat for the final three months of his term. (For more on that story, go here and here.)

Despite the recent setback, Cockerham's reelection campaign did receive a needed boost with an announcement Monday that he was being endorsed by the Chamber's political action committee. Cockerham's also got the backing of Broussard Mayor Charlie Langlinais (read more on that here).

I'm honored to have the endorsement of our business leaders. This pattern of personal attacks and finger-pointing on our school board needs to end. That's why I'm running. I'm not interested in playing personal politics. I'm ready to build on the gains our schools have made, and I'm focused on meeting the needs of my district. South Lafayette continues to grow rapidly and we need a permanent solution to the temporary buildings that have been up for years. I will continue to work with anyone and everyone to meet the needs of our students and teachers.

The Cockerham endorsement, says Empower PAC Chairman Frank Neuner, is because of the record he's created over the last four years on the board. Six of his fellow board members have consistently acted less mature than the students they were elected to represent, but Cockerham has remained steadfast, despite belonging to a board minority - this includes his fellow board members Shelton Cobb and Kermit Bouillion who also are being endorsed by Empower PAC - he's consistently resisted the foolish attempts by the other six to hurt the superintendent by attacking his plan to better the school system.

"Through all the adversity and infighting of this school board, Mark has been a persistent voice for cooperation and common sense," Neuner states in Monday's press release. "A fierce advocate for District 7, Mark has remained focused on increasing student achievement and ensuring adequate facilities throughout his term of office. We are proud of his service and determination"