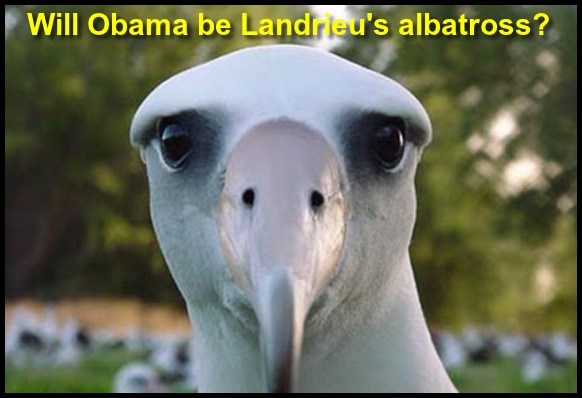 Aligned with the party of an unpopular president, U.S. Sen. Mary Landrieu sought to keep her distance from the Obama administration, against claims from her chief Republican challenger Bill Cassidy that a vote to re-elect the Democratic incumbent was a vote for Barack Obama.

SHREVEPORT, La. (AP) - Aligned with the party of an unpopular president, U.S. Sen. Mary Landrieu sought to keep her distance from the Obama administration, against claims from her chief Republican challenger Bill Cassidy that a vote to re-elect the Democratic incumbent was a vote for Barack Obama. 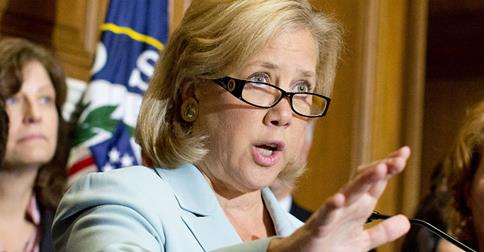 The first statewide TV debate featuring all three major contenders in Louisiana's Senate race was held Tuesday, only three weeks before the Nov. 4 election, with the main themes of each campaign in full display.

Landrieu emphasized her years in office and Senate seniority, saying her re-election bid was a referendum on her three terms in office, not Obama's policies.

She defended her vote for Obama's federal health care overhaul, but suggested it needed improvement. She disagreed with Obama's energy policies and talked of her work with multiple presidents over the years, both Republican and Democrat.

"While President Obama is not on the ballot, the future of Louisiana is," Landrieu said at the debate, hosted by Louisiana Public Broadcasting and the Council for A Better Louisiana.

Cassidy, a congressman from Baton Rouge, tied the senator to Obama, repeating his oft-used claim that Landrieu supports the president "97 percent of the time."

"She represents Barack Obama. I represent you," Cassidy said in a packed theater at Centenary College. "Do you want Sen. Landrieu to complete Barack Obama's agenda?"

GOP candidate and tea party favorite Rob Maness positioned himself as the Washington outsider and the most conservative candidate in the race.

"Our future is in danger from poor leadership from career politicians," he said.

Asked to rate Obama's performance on a scale up to 10, Landrieu gave him a "6 to 7," saying "he's had some really tough issues to deal with." Cassidy and Maness gave the president's performance a zero.

Landrieu is targeted nationally by Republicans in their effort to retake control of the Senate. Polls show no candidate is projected to exceed the 50 percent voter support needed to win in November. The race is expected to be decided in a Dec. 6 runoff between Landrieu and Cassidy.

Outside of the federal health care revamp and their opinion of the president's performance, the sharpest policy differences in Tuesday's debate came over entitlement programs for the elderly.

Both Cassidy and Landrieu accused each other of supporting cuts to the popular Medicare program. Landrieu said her chief Republican rival wants to turn Medicare into a "voucher program" that would harm benefits, while Cassidy said the Democratic senator cut Medicare when she voted for Obama's signature health care overhaul.

Maness said he didn't support either approach, but failed to offer an idea of his own to keep the program solvent for the long term.

On Social Security, Cassidy struck a different tone from his opponents. He said while he opposes changing the program for existing beneficiaries and those near retirement age, he supports increasing the age before younger people can receive a Social Security check.

Maness and Landrieu both criticized Cassidy for voting for a budget proposal that would raise the Social Security retirement age to 70, saying they opposed the idea.

On other issues, both Landrieu and Maness opposed the legalization of medical marijuana while Cassidy said he supports it. The two Republicans said they backed a constitutional amendment requiring Congress to balance the nation's budget, while Landrieu said she wouldn't vote for the proposal.