Louisiana Treasurer John Kennedy has a bone to pick with the Jindal administration, which recently - surprise! - announced that the state ended the most recent budget year with a $178.5 million dollar surplus. 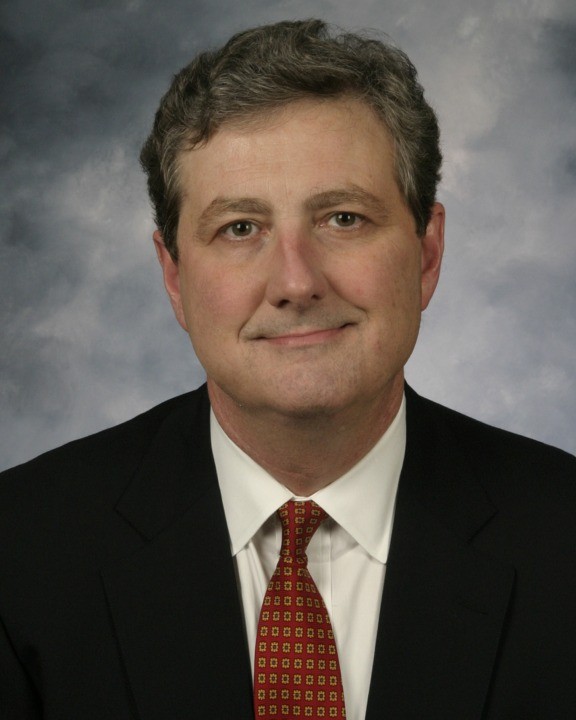 Louisiana Treasurer John Kennedy has a bone to pick with the Jindal administration, which recently - surprise! - announced that the state ended the most recent budget year with a $178.5 million dollar surplus.

Kennedy has rightfully questioned the administration's claim, fueling speculation that the "surplus" is an accounting gimmick used to make Jindal, the governor who has eviscerated higher education and health care and struggled with perennial budget deficits even as he refuses to renew a paltry tax on cigarettes, look good as he ramps up his quixotic bid for the White House.

Wednesday morning, Commissioner of Administration Kristy Nichols blamed Kennedy for failing to "sweep" leftover funds back into the general fund at the close of each fiscal year going back more than a decade. The accrued value of Kennedy's failure, Nichols said, accounts for the current budget surplus.

On Wednesday afternoon Kennedy fired back.

I woke up this morning surprised to find out I am now responsible for sweeping agency funds and crafting the state budget. I am more than happy to take on those responsibilities if the Legislature chooses to task me with them. In the meantime, let me clear up some distortions in statements made this morning by the Division of Administration.

As Treasurer, I am constitutionally responsible for the custody, investment and disbursement of state funds.  It is a job that I take very seriously. At least three times a year, the Treasury sends a comprehensive report to the administration about every penny, nickel and dime in the state general fund, and the Treasury is audited every year by the legislative auditor.

As Treasurer, I'm NOT responsible for ensuring that the administration is truthful with legislators and the public about the amount of money that can be appropriated from the state general fund. It is the administration's responsibility to take our reports and tell legislators and the Revenue Estimating Conference about any and all available money instead of creating a secret slush fund.

It is clear that we spent more money than we brought in last fiscal year.We have a $141 million deficit.  It's also clear that the administration wants to use its own secret slush fund to resolve the problem while blaming others for the mess.

I don't blame them.  I wouldn't want to be held responsible for the bad budget practices that drove the Office of Group Benefits into financial ruin, drained the Medicaid Trust Fund for the Elderly and crippled our universities.  As Treasurer, I'll continue to be a watchdog over the people's money. If the Legislature wants me to take charge of the budget, I will.