It wasn't the historic slashes to higher ed funding or the ensuing tuition spikes that recently had LSU's student body and faculty riled up in collective outrage.

It wasn't the historic slashes to higher ed funding or the ensuing tuition spikes that recently had LSU's student body and faculty riled up in collective outrage. 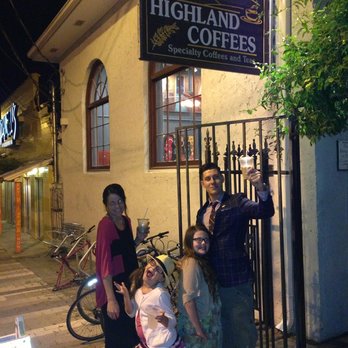 Thanks to Gov. Bobby Jindal, our universities have seen about $700 million disappear from their annual cut of the state budget. The trend started six years ago and culminated with our state becoming number one in the nation for higher ed budget cuts with a 17.6 percent reduction last year. Ultimately, our state universities are operating with a third less money, translating into one sure thing: An annual guarantee that students can expect higher tuition and more fees.

For the students and faculty at our state's flagship university in Baton Rouge, this Jindal-led attack on higher ed has gone on without a fight.

So where's the outrage?

This question was answered recently for Robert Mann of LSU's journalism school.
In a commentary posted this weekend on his blog, Mann takes a satirical approach in reflecting on Jindal's cuts and the reaction that never was. He writes:

Remember the widespread outrage on the LSU campus several years ago when Gov. Bobby Jindal and state legislators were slashing state funding to the school? Recall the raucous protests that erupted on college campuses across the state, as Jindal's budget cuts to higher education triggered faculty layoffs and skyrocketing tuition and fees?

Nope? Well, perhaps the reason you don't remember is that those protests never happened.

Sure, there was the occasional rally and students wrote letters to the editor. For the most part, however, students and their parents were sanguine in the face of higher tuition costs (some didn't feel the pain of the increases because of the TOPS program).

Many faculty members were silent, too. Most likely they were fearful that any protest might cost them their jobs. That wasn't an irrational worry given Jindal's predilection for firing people who oppose his policies. (Isn't it interesting how Jindal suddenly embraces free speech when it involves bashing gays or criticizing Common Core?)

Surely Jindal's prolonged attack on higher ed stirred up some feelings of animosity from within LSU's student body and faculty, and while the outrage never erupted in protests, perhaps these sentiments didn't just dissipate but are still around, dormant and waiting for the right moment to one day trigger what's sure to be a grand gesture of public dissent.

Well, according to Mann, that day of collective outrage has come, it just didn't have anything to do with the dire situation imposed on Louisiana's higher ed system.

So, what do you suppose happened recently when a popular coffee shop just off the LSU campus announced it would close its doors at year's end because it could not afford to pay the increased rent its property owner demanded?

Why, there was widespread outrage and indignation. The impending closure of Highland Coffees was big news in Baton Rouge and elsewhere. In fact, students and faculty raised such a ruckus that the embarrassed property owner quickly backtracked and said he would try to negotiate a lease agreement to keep the coffee shop open.

So, now, we know where the state stands. You can get away with crippling the state's flagship university, but don't dare close a coffee shop.

That's a bridge too far.

God help us if Highland Coffees laid off half its staff and doubled coffee prices. There might be riots on Chimes Street. (I'd probably join them, as I love that coffee shop and consider it a valuable Baton Rouge institution.)

Meanwhile, however, directly across the street, sits LSU, which has endured deep budget cuts and lost hundreds of faculty members since Jindal began slashing higher education funding. Tuition and fees have shot up. Across the state, it's now much more expensive to attend college.

With a few exceptions, the attack on higher ed is a national trend, and thanks to Jindal's initiatives, it's one that's being led by Louisiana.

According to Mann, getting a college degree in our state is an accomplishment that's becoming more and more difficult. We already boast one of the nation's lowest percentages for residents over age 25 with a college degree at 21 percent. The national average, which also has seen a frightening drop since 1990 - this was the last year the U.S. ranked first in the world - was at 43 percent in 2011, with 11 other countries ranking ahead of us.

In Mann's opinion, this is unacceptable as far as Louisiana's concerned. It's also unacceptable that the existing situation facing our state's higher ed system can be tied to the initiatives of a governor who fancies himself a president. With our country's global ranking already dwindling, just think of the damage Jindal could inflict with a desk in the Oval Office.

It's a safe bet that a Jindal presidency will likely never happen, but Mann's not taking any chances. As he sees it:

His disgraceful higher education record, alone, should disqualify Jindal as a potential president. It might yet, but only if university students, their parents, faculty and staff make sure he doesn't get away with it.

Sure, the bad press over his deep cuts forced him to finally stop the bleeding in higher education, but the patient is still very weak. There's been no substantial infusion of new blood.

Will he get away without paying for it dearly when he runs for president? Let's hope not.

Go here to read Mann's blog in its entirety.