Baton Rouge businessman goes in search of his biological father and finds a serial killer instead. 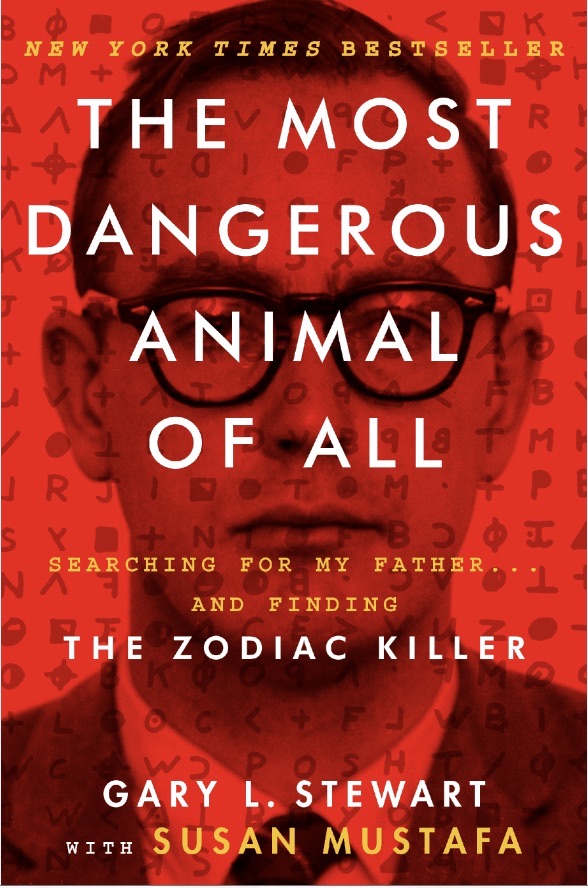 Author Gary L. Stewart, who believes his biological father is the notorious Zodiac killer, will be speaking at the Louisiana Book Festival Nov. 1 from 1-1:45 p.m. in the Senate Chamber of the State Capitol. He will sign copies of The Most Dangerous Animal of All following his talk.

In October of 1969, San Francisco cab driver Paul Stine was murdered by the Zodiac killer. In the years leading up to that, the elusive criminal had targeted young lovers outside the city, but he was getting bolder and sent his now famous 340 cipher to the San Francisco Chronicle a month later.

Over in South Louisiana, 6-year-old Gary L. Stewart was enjoying a normal childhood with his adoptive parents Lloyd and Leona Stewart. It would be almost 40 years before Stewart would meet his birth mother and begin a search for his biological father that would allegedly reveal him as the still-at-large Zodiac killer.

Not long after meeting his biological mother Judy Chandler, Stewart, an LSU grad and vice president of Delta Tech Service of Louisiana, began keeping a journal chronicling his research as he tracked his father from New Orleans to San Francisco and Mexico. He learned that his happy childhood could easily have gone in a different direction.

His mother was underage when she met his father, Earl Van Dorne Best, and Stewart was born in New Orleans following their whirlwind romance. His father abandoned him as a newborn on a stairwell in a Baton Rouge apartment building and - according to Stewart's findings - went on to become one of the most notorious serial killers in history.

Stewart's compelling book based on his search, The Most Dangerous Animal of All, was released in May by Harper Collins and is now a New York Times bestseller. Written with award-winning author and journalist Susan Mustafa, who's responsible for books on serial killers Derrick Todd Lee and Sean Vincent Gillis, Most Dangerous Animal tells the story of Stewart's decade-long hunt using government records, news reports and testimony from friends and family as evidence of his father's real identity.

Stewart says he wasn't familiar with the Zodiac story when he first began his search. A cold case TV program on the killer that flashed a photo showing features similar to his own was the first clue, followed by overwhelming evidence such as his father's connection to prime suspect Arthur Lee Allen and his name hidden in the ciphers. Stewart remembers the moment he was convinced.

"I saw that one cipher that was sent to the Examiner," he remembers. "I looked at it, and immediately the EV Best Jr' popped up off the page. I said I'm through trying to disprove this. I believe it." Handwriting samples, thumbprints and the Zodiac sketch overlaid onto his father's mugshot included in the back of the book further support his theory.

Stewart has met with the San Francisco Police Department more than once over the years and given them his DNA to test for a match with the partial profile they have on the Zodiac. His last meeting there in August was promising, and he hopes for a final resolution soon.

"I believe to finally, after all these years of smoke and mirrors about the boogeyman, deliver that clarity and that closure for the remaining families of the victims would make this thing go away once and for all," he says.

See Stewart at the Louisiana Book Festival Nov. 1 from 1-1:45 p.m. in the Senate Chamber of the State Capitol. He will sign copies of The Most Dangerous Animal of All following his talk. You can find out more and order a copy of the book at themostdangerousanimalofall.com.