The UL Lafayette Alumni Association has bestowed upon Lafayette architect Steve Oubre Jr. its Outstanding Alumni Award, the highest honor the university gives to a former student. It is presented for professional and personal achievements that have brought honor and distinction to UL. 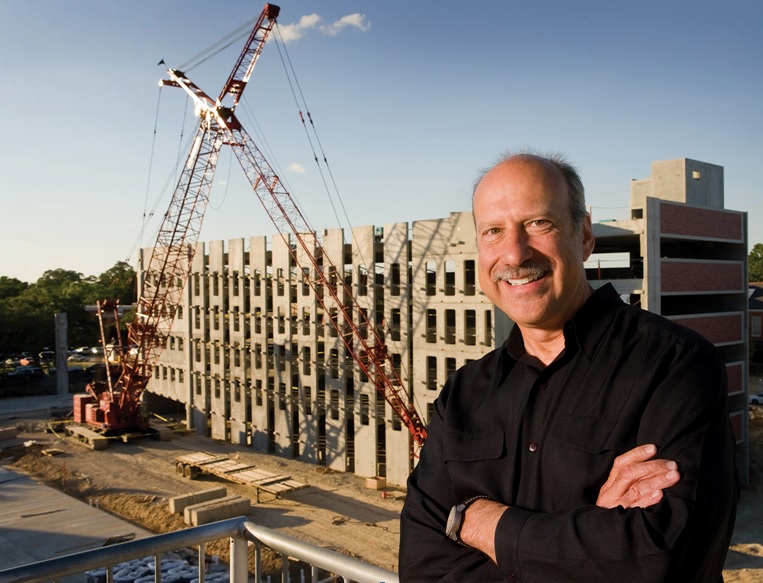 Architect Steve Oubre will receive the Outstanding Alumni Award at a reception in his honor Thursday.

Oubre, who specializes in cultural architecture and new urbanist land planning, is principal and cofounder of Architects Southwest. He graduated from UL Lafayette with a bachelor‘s degree in architecture in 1976.

Oubre was at the forefront of the urbanist movement in Louisiana in the early 1990s. The Village of River Ranch in Lafayette is an example of new urbanism - based on a sustainable model of land development that incorporates multi-use neighborhoods where residents can walk to nearby retail businesses, offices and recreational facilities and enjoy a sense of community.

Architects Southwest has worked on dozens of urbanist projects throughout Louisiana, Texas, Mississippi, Arkansas and Alabama. Its work has earned local, regional and national recognition. Oubre frequently lectures, in the U.S. and abroad, on design, new urbanism and smart growth planning.

New urbanism is a guiding principle in the University‘s Master Plan, which was adopted in 2013. Oubre steered development of the strategy for campus growth for the next 10-15 years. The Master Plan emphasizes quality of life on and around campus, supports sustainability and fosters opportunities for economic development.

Oubre worked with Holly and Smith Architects of Hammond to help develop a master plan for Southeastern Louisiana that received an American Institute of Architects Louisiana Honor Award of Excellence Merit Award for Planning in 2000. Architects Southwest‘s LSU South Campus Master Plan earned an AIA South Louisiana Honor Award in 2010. Urban Land Institute featured Architect Southwest‘s River Ranch in its "Creating Great Town Centers and Urban Villages," which highlights communities that stand the test of time and that are sensitive to their environments. The book was published in 2008.

Architects Southwest was selected to represent Louisiana in "50 US Architects: Residential + Planning," a curated collection of award-winning residential and master planning work from leading American designers that was published in 2012.

Oubre‘s work has been varied. He has designed churches, museums, and cultural spaces, as well as commercial and municipal buildings. He also worked closely with the Louisiana Recovery Authority after Hurricanes Katrina and Rita devastated parts of south Louisiana in 2005.

Oubre‘s architectural influence on UL Lafayette‘s campus began in the early 1980s when he designed its Walk of Honor. In the 1990s, Architects Southwest handled the expansion and renovation of Edith Garland Dupré Library and additions to the Alumni Center on St. Mary Boulevard.

One of the firm‘s most recent projects is the expansion and makeover of the Student Union that‘s nearing completion. It designed a parking garage under construction adjacent to Fletcher Hall and is developing an Athletic Performance Facility to be built near Cajun Field.

Oubre will receive the Outstanding Alumni Award during an invitation-only reception at the Alumni Center Thursday.