Compared to the rest of the country, Lafayette has it pretty good when it comes to the cost and speed of our Internet. 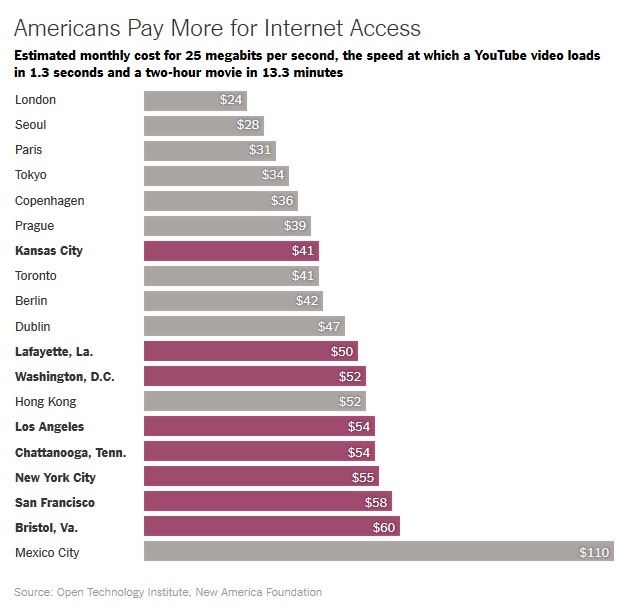 Compared to the rest of the country, Lafayette has it pretty good when it comes to the cost and speed of our Internet.

According to this report by The New York Times, Lafayette is among a small contingent of American cities where Internet speed and pricing is comparable with cities abroad. The common ground shared by these cities is that high-speed Internet is not provided by one of a handful of companies dominating the industry in America. These cities, for the most part, are providing high-speed Internet through public-owned networks, typically fiber-based.

"It's just very simple economics," Columbia Law School professor Tim Wu tells the Times. "The average market has one or two serious Internet providers, and they set their prices at monopoly or duopoly pricing."

Internet in the United States is an unregulated industry, and ultimately, that has resulted in high prices and slow connections when compared to countries abroad.

Here in Lafayette, we should consider ourselves lucky: We're the exception to the rule, all thanks to an effort started not that long ago to offer a public-owned fiber Internet service that has ultimately put the major players like AT&T and Cox to shame.