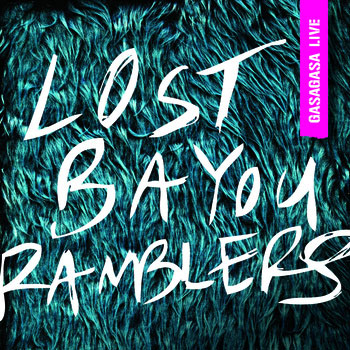 In Willie Nelson's movie Honeysuckle Rose, there's a line that talks about how a musician must play new songs to old fans or play old songs to new fans. The Lost Bayou Ramblers have discredited the wisdom of Willie. While keeping the material traditionally based - still favoring old songs like the "Pine Grove Blues" and "Bluerunner" plus new material based on the oldest of gems - they have updated them in a way that appeals to fans old and new.

Their Mammoth Waltz was a key example of this. Loved locally and hailed nationally, it was an album featuring guest spots by Dr. John, Scarlett Johansson and Gordon Gano of The Violent Femmes. Yet, it was grounded in Cajun traditions. Seriously. They will follow this with a 2015 release but until then have dropped a live record, Gasa Gasa Live.

Recorded in New Orleans - actually on their third performance of the day - it collects songs from their previous records and classics from the Cajun canon but devotes more of its cuts to Mammoth Waltz material. The record seems to start off more grounded in their once traditional flavors, albeit with contemporary updating through electric bass and a much bigger drum sound.

As the songs roll along, the electric guitar can be heard begging to run free. It holds its breath until the "O Bye/Bluerunner" combo the band has been doing since their first album. When the drum solo hits, you almost forget the rustic, scratchy yet rowdy sounds of Pilette Breakdown and Bayou Perdu and the more laid back traditional sounds of Vermilionaire. It's Led Zeppelin live kicking out Cajun traditions. Guitarist Cavan Carruth can't hold back any longer, unleashing licks during "Bluerunner" that must have come off a set list for Jimi Hendrix during his Axis Bold as Love days. By the time it ends, there's a clear picture that sends mom and dad home, clears the waltzers and two-steppers and lets the crowd know the rest of the night is for rocking and pogoing.

Keeping the feel, "Pine Grove Blues" enters a new era full of crazy slide sounds and squealing guitars peeking out here just to vanish there. The accordion riff still comes through, though distorted via an effect. Still, LBR have not forgotten what made them such a great throwback band: "Hot Shoes" features the Michots at their best - an inseparable, dizzying accordion and fiddle combo joined now by ethereal, echoing guitars. The album winds down into a more tranquil place, as "O Marie" finds itself covered in effects and ending the show by wrapping everyone inside the venue in a blanket of distortion, delays and ambiance. Though updated and with their head in the clouds (or a hazy night sky), LBR still have their roots under them with Gasa Gasa Live. 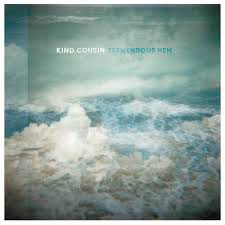 Unexpected. Fresh. Unique. Now. Tremendous Hem by Kind Cousin is the debut effort by filmmaker Alison Bohl Dehart, her husband Peter Dehart of Brass Bed and engineer Aaron Thomas that collects a unique blend of her eclectic influences and what is now and what once was. Bringing together a curious mix of very cutting edge and perhaps eerie indie electronic pop, Wall of Sound girl groups meets Beach Boy daydreams and modern hymns, recorded in a chapel no less, the record has a sound you'd expect to hear wafting gently from the bar at Tsunami.

Though not a record of random sounds, Tremendous Hem deviates from itself repeatedly, juxtaposing almost Art of Noise touches with ethereal, lofty consuming softness. Bohl Dehart's voice itself seems to be both breathy and vulnerable as a singer-songwriter in a coffee shop yet shrill and wise as an old blues woman.

It all works best when she dives into the past of unexpected and groundbreaking pop/rock. "Do You Care" is a delight of a song with a 1960s bubblegum feel trumped only by "Gum Wrapper Rings," an instant classic about childhood loves and trading gum wrapper rings for ones of gold. Though missing its full band feel, "Gum Wrapper Rings" easily serves as a loving ode to or a follow-up of "Wouldn't it be Nice," the atmospheric Beach Boys tune that longs to grow up.

Despite its outside-of-here appeal, it's not every day that a record like this comes out of Lafayette - it's even a little left of center for the local indie scene. However, Bohl Dehart, a Shreveport transplant, seems to see this and doesn't mind standing out. Her "Citrus Tree" may summarize the vision: She sings about a citrus tree in line with old oaks that starts small and eventually grows tall. A metaphor for her music in the traditional landscape of South Louisiana?

All at once modern, new, retro, cutting edge, diverse and encompassing, Tremendous Hem makes a strong argument for her musical endeavors.